Born in 1925, Ed Emshwiller studied graphic design at the University of Michigan and L'Ecole des Beaux Arts in Paris. By the late '60s Emshwiller was working as a science fiction illustrator, and had established his place in the American avant-garde cinema with such works as Relativity (1966) and Image, Flesh and Voice (1969). His early films featured collaborations with dancers and choreographers—a theme he carried over into his videoworks.

As both an artist and a teacher, Emshwiller’s pioneering efforts to develop an alternative technological language in video were enormously influential. His early experiments with synthesizers and computers included the electronic rendering of three-dimensional space, the interplay of illusion and reality, and manipulations of time, movement, and scale that explore the relationship between "external reality and subjective feelings." Emshwiller was among the first artists-in-residence at the TV Lab at WNET, where he produced the groundbreaking Scape-mates (1972). Sunstone (1979) was made over a period of eight months at the New York Institute of Technology. Emshwiller passed away in 1990 and an extensive collection of his work is housed by Anthology Film Archives. 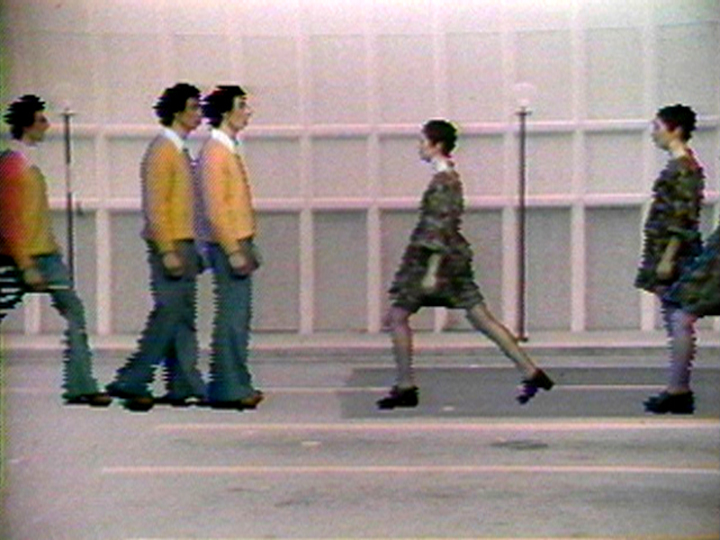