Born 1948, Fort Bragg, North Carolina. Father a career US Army officer and mother, an artist. Both served in WWII and both received medals (Bronze Star, Silver Stars and the French Legion of Honor). Early years were spent in Germany, during the American Military occupation. Returning to the States, the family settled in Bernardsville, New Jersey.

Graduated from the University of Colorado, in Boulder with a BFA in Ceramics. Worked and taught ceramics for many years in the Artists-in- the-Schools Program in Colorado and Washington State. Studied filmmaking and performance at the School of the Art Institute of Chicago. MFA-Transdisciplenary Art Forms in 1985.

Moved to New York City, began teaching Computer Art and Technology in private and public schools (The Dalton School, in Manhattan and in the NYC Dept. of Education at a public high school in the Bronx). Retired in 2018. Continue to work in visual media, both digital and hand. 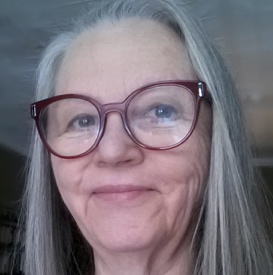