Filipa César is an artist and filmmaker interested in the fictional aspects of the documentary, the porous borders between cinema and its reception, and the politics and poetics inherent to the moving image and imaging technologies. Since 2011, she has been researching the origins of the cinema of the African Liberation Movement in Guinea Bissau as a laboratory of resistance to ruling epistemologies. The resulting body of work comprises 16mm films, digital archives, videos, seminars, screenings, publications, ongoing collaborations with artists, theorists, and activists, and is the basis for her Phd thesis at FCSH-New University of Lisbon. César’s genre-bending film and video work bridges contemporary and historical discourses, also apparent in her writings, such as her essay Meteorizations, published in the Third Text special issue: The Wretched Earth: Botanical Conflicts and Artistic Interventions, edited by Shela Sheik and Ros Gray. 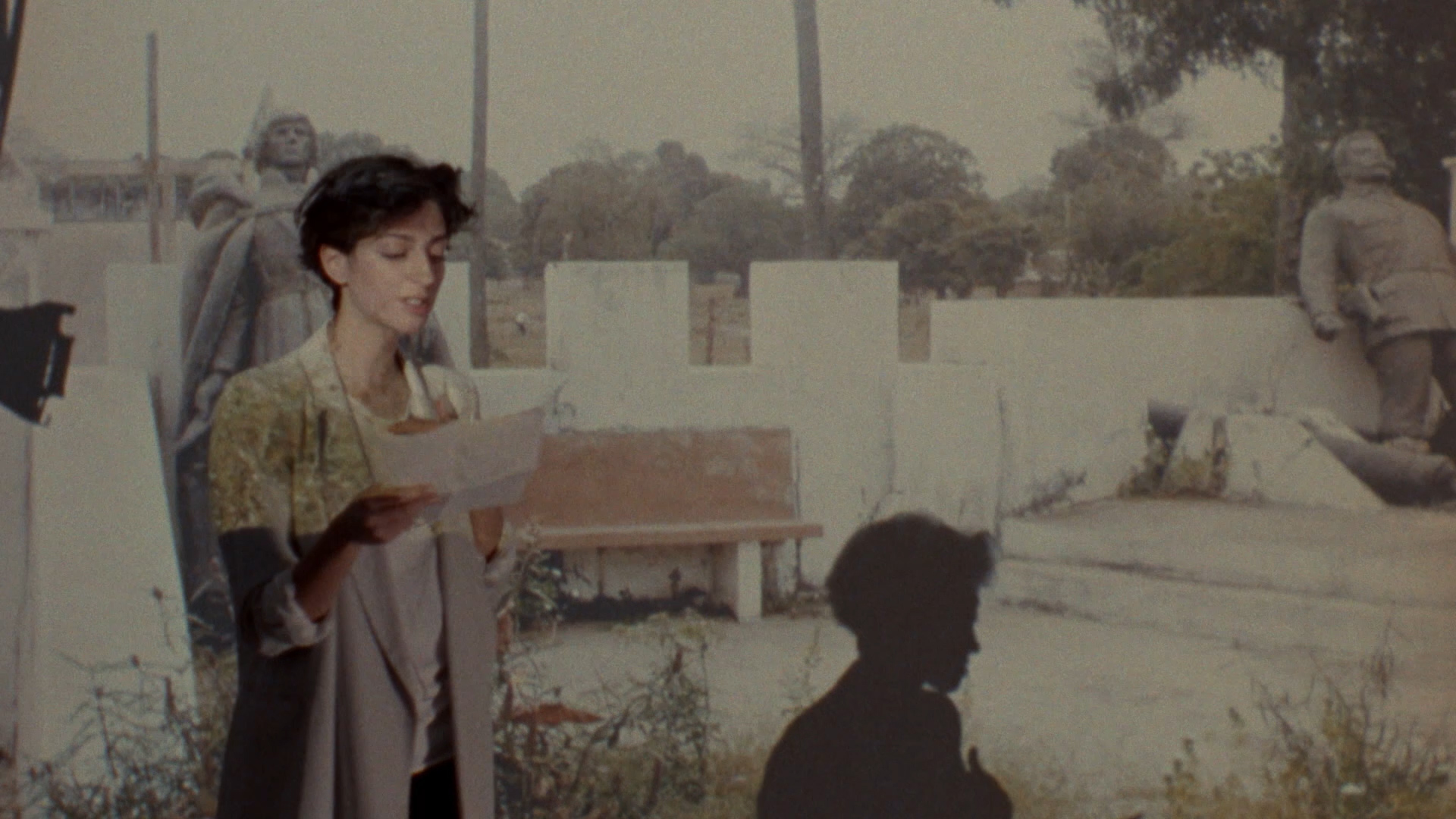 Press
Reactivating the Lost Revolutionary Films of Guinea-Bissau
The Archaeology of Film: Close-Up on Filipa César’s “Spell Reel”
‘Spell Reel’ Shows a Revolution Filmed, on the Leader’s Orders
“The soil was the blackboard of the guerilla…”
Op-Film: Excavating the Dark History of Light at Gasworks