Performance artist/writer Guillermo Gómez-Peña resides in San Francisco where he is artistic director of La Pocha Nostra. Born and raised in Mexico City, he came to the U.S. in 1978 to study Post-Studio art at Cal Arts. His pioneering work in performance, video, installation, poetry, journalism, photography, cultural theory and radical pedagogy explores cross-cultural issues, immigration, the politics of language, the politics of the body, “extreme culture,” and new technologies. A MacArthur Fellow and American Book Award winner, he is a regular contributor to National Public Radio, a writer for newspapers and magazines in the U.S., Mexico, and Europe, and contributing editor to The Drama Review (NYU-MIT). He is an active member of the Hemispheric Institute of Performance and Politics.

For twenty-five years, Gómez-Peña has contributed to the cultural debates of our times, staging legendary performance art pieces such as Border Brujo (1998); a collaborative performance with Coco Fusco, The Couple in the Cage (1992); The Cruci-fiction Project (1994); Temple of Confessions (1995); The Mexterminator Project (1997-99); The Living Museum of Fetishized Identities 1999-2002); and the Mapa/Corpo series (2004-2007).

Continually developing multi-centric narratives and large-scale performance projects from a border perspective, Gómez-Peña creates what critics have termed “Chicano cyber-punk performances,” and “ethno-techno art.” In his work, cultural borders are moved to the center while the “alleged” mainstream is pushed to the margins, and treated as exotic and unfamiliar, placing the audience members and readers in the position of “foreigners” or “minorities.” He mixes experimental aesthetics and activist politics, Spanglish and Chicano humor, live art and audience participation, to create a “total experience” for the audience member/reader. These strategies can be found in his live performance work, his award-winning video art pieces, and his eight books.

Through his organization La Pocha Nostra, Gómez-Peña has intensely focused on the notion of collaboration across national borders, race, gender, and generations as an act of citizen diplomacy, and as a means to create “ephemeral communities” of rebel artists. La Pocha Nostra is a transdisciplinary arts organization that provides a support network and forum for artists of various disciplines, generations, and ethnic backgrounds. La Pocha Nostra is devoted to erasing the borders between art and politics, art practice and theory, artists and spectator.

The Couple in the Cage: Guatinaui Odyssey 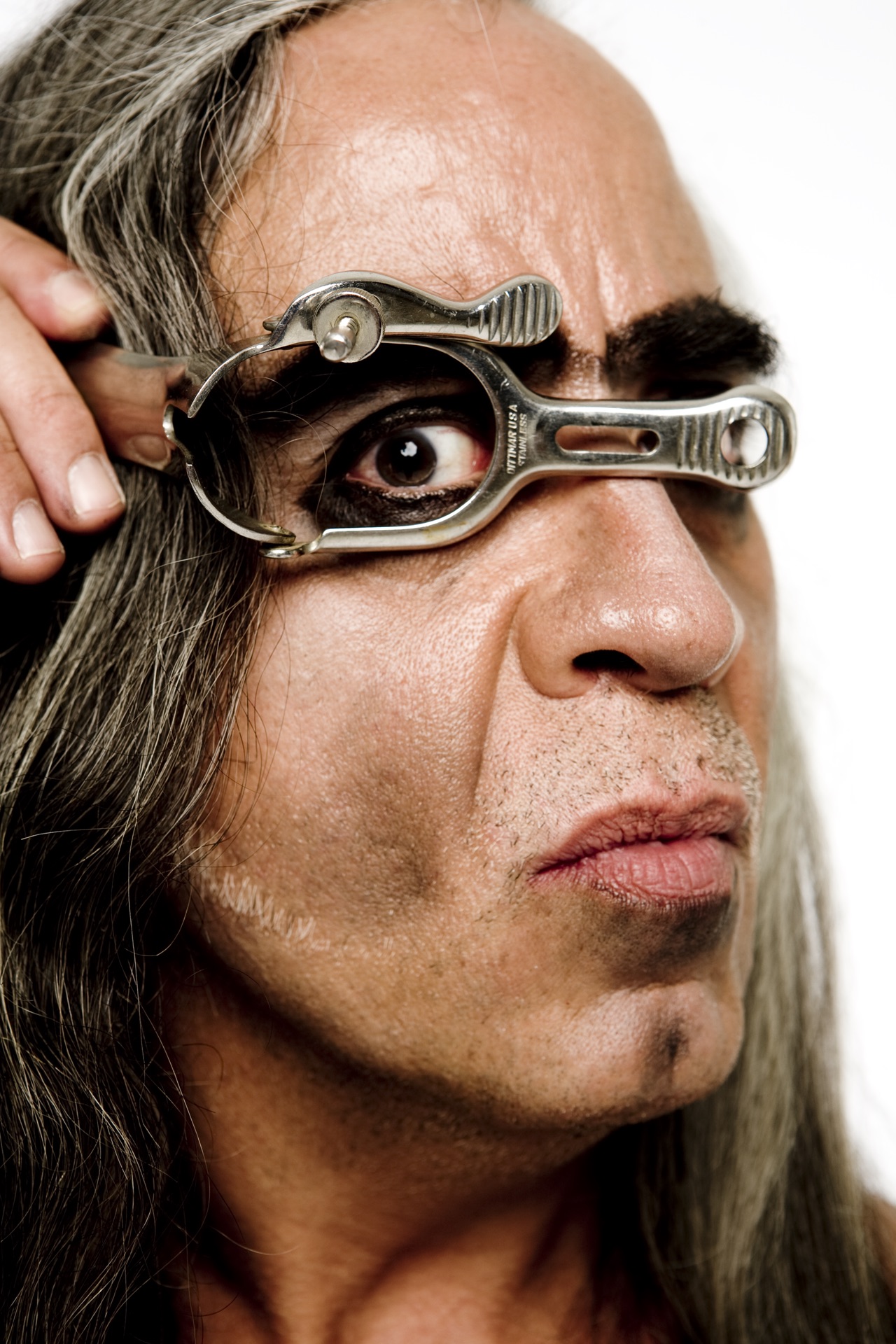