From the mid-1970s to the 1990s, the Long Beach Museum of Art provided invaluable support to the growing video art field by exhibiting, co-producing and collecting video art. The museum’s official video program began in 1974 under the direction of David Ross, who later became the director of the San Francisco Museum of Modern Art.   The Long Beach Museum of Art was among the first to focus on video as an artistic medium, spurring similar efforts throughout the United States.  Beginning in 1974, the museum began collecting and exhibiting video art, developing one of the most creative and ambitious video exhibition programs in the world.  The museum actively encouraged the development of video art by offering editing facilities to artists, and pursued innovative approaches to the display of video art, including several experiments with broadcast television. VDB’s holdings represent a few of the titles that were produced in this period.

“In 1976 Mr. Ross, working with a Rockefeller Foundation grant, opened a postproduction art video studio — the first in Southern California — and invited artists to work with its cameras, equipment and editors, initially free of charge. Over the years, and long after Mr. Ross’s departure in 1978, a striking roster of videos was produced there, including Ms. Rosler’s “Vital Statistics of a Citizen, Simply Obtained” (1977), a critique of the objectification of women; Jim Shaw’s psychedelic fantasy “Billy Goes to a Party #4” (1987); "Family Tyranny” and “Cultural Soup,” hilariously disturbing familial dramas enacted in 1987 by Paul McCarthy with Mike Kelley; and the Kipper Kids video. A copy of almost everything that was ever shown, produced or edited at Long Beach went into its archives. Along the way it also absorbed the video holdings of the storied Woman’s Building, a feminist arts center in Los Angeles that closed in 1991.”
- Carol Kino, "The Getty Gets Serious about Video" New York Times (December 9, 2007)

In 2005 the Getty Research Institute acquired the video collection of the Long Beach Museum of Art. 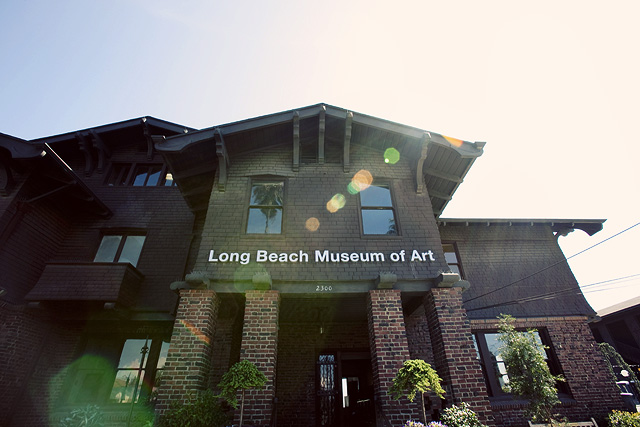 Press
The Getty Gets Serious About Video