Michael Smith is a video and performance artist who uses humor to comment on the impact of television on everyday life, drawing attention to the bland consistency (a la Donny and Marie) maintained and celebrated by the medium. Smith follows the television tradition of entertainment, appropriating its language and format to create a satire on present-day America. His titles mix commercial, music video, and talk show formats, often with naively introspective voiceover. In recognizing the homogenizing influence of the medium, Smith’s vision falls in line with a quotable remark by Ernie Kovaks, a comic TV pioneer: “Television is a medium because it is neither rare nor well done.”

Smith’s videos and performances revolve around the adventures and insight of a central persona, a paradoxical and ridiculous being named "Mike"—a modern-day, less-than-super hero, overly influenced by what he sees on television. The innocence of this “Blandman” is purposely deceiving: through him, Smith reveals the total alienation fostered by television, as well as the posturing and posing individuals practice as they remake their image to match the image on the screen. 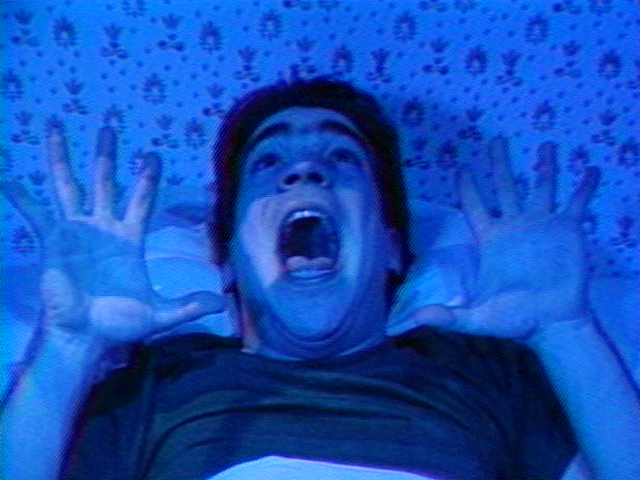