Working in video and performance, from 1976-80 Nancy Angelo was a member of Sisters of Survival, a performance group that "used the nun image symbolically", and a member of the Feminist Art Workers, along with Vanalyne Green, Cheri Caulke, and Laurel Klick.

Angelo was actively involved with the Los Angeles Women's Building, an outgrowth of the Feminist Studio Workshop (FSW). Established in 1972 as a college and graduate-level school for women in the arts, FSW had a core faculty of Sheila de Bretteville, Arlene Raven, Deena Metzger, Suzanne Lacy, Helen Roth, and Ruth Iskin. The Woman's Building was founded a year later by Judy Chicago, de Bretteville, and Raven. Both organizations were unique in their aim to reinvent the institution according to feminist principles. Angelo directed the educational programs at the Women's Building and, along with Annette Hunt, Jerri Allyn and Candice Compton, co-founded the Los Angeles Women's Video Center (LAWVC). Angelo and Compton collaborated on the videotape Nun and Deviant (1976), and the work reflects many of the theoretical concerns and activities generated within these pioneering institutions. The videotape archives of the LAWVC were part of the Long Beach Museum of Art video collection, which is now housed at the Getty Research Institute. 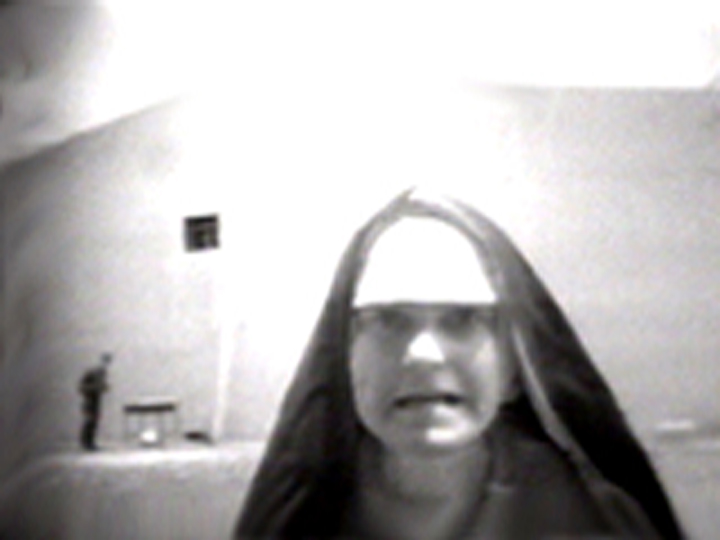