Bruce and Norman Yonemoto are brothers who have been an effective collaborative team since 1975. Both Bruce and Norman develop the concept and script for their videotapes and films, that deconstruct the clichéd forms of soap operas to comment on the conventions of emotion and expectation that form the plastic heart of TV romance.

The Yonemoto brothers base their videotapes on familiar narrative forms and then circumvent convention through direct, over-eager adoption of heavily clichéd dialogue, music, gestures, and scenes that click in the viewer’s memory without being identifiable. Dealing with the “collective unconsciousness” of the TV generation, their work adopts the language of mass media to critique the manner in which television inculturates individuals and over-codes experience. What the Yonemotos' videos effectively illustrate is how the televised representation of the world becomes the model for living, with individuals not only copying the fashions, gestures, and dialogue of TV characters, but using the situational patterns of TV as the way to understand their life. The Yonemotos' narratives of love and romance are not however, simply parodic. The emotional struggle of the characters persists in seeming real, even if the words they speak, the very looks in their eyes, are fake. A common supplementary theme in their work is the interaction between traditional Japanese and contemporary American cultures.

“For us, using the style of commercial work to critique the commercial media is experimental.” 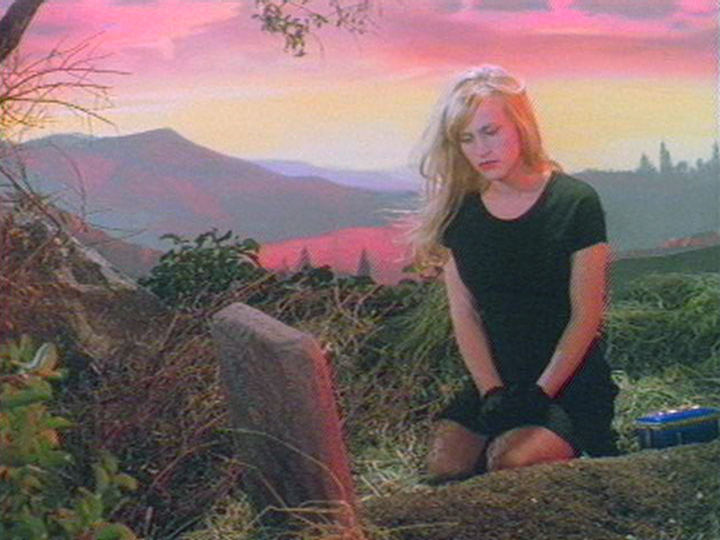