Patricia Brett Erens is a professor of film studies at Dominican University as well as an adjunct professor at the School of the Art Institute of Chicago. She received an MA in English literature from the University of Chicago and her doctorate in film studies from Northwestern University. She has taught at San Francisoco State University, Hebrew University in Jerusalem and at the University of Hong Kong.Dr. Erens has published six books on film and art history. These include: Sexual Stratagems: the World of Women and Film, The Jew in American Cinema, and Issues in Feminist Film Criticism. She has also published dozens of articles on ethnicity in film, women directors and Asian cinema. In additional to her publishing, Dr. Erens received a Senior Fulbright Lectureship and has produced films on the Holocaust, fiber artist Claire Zeisler and most recently on The New York Times. 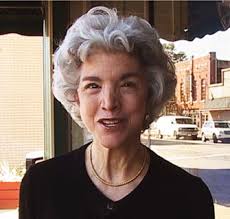