Paula Heredia is a New York based director working in drama, the independent avant-garde and documentaries. Her previous film credits include: The Couple in the Cage (1993), selected for the 1994 New York Film Festival, Teniendo un Bebé, awarded the 1996 Hispanic Creative Award and Sling and Arrows winner of the best screenplay and the Audience Award at the Avignon Film Festival in France. She and Beastie Boy, Adam Yauch directed the film Free Tibet.Most recently, she directed a documentary on the legendary George Plimpton and The Paris Review, and a documentary on the celebrated work of photographer, Ralph Gibson.  She was awarded with the ACE-Eddie (The American Cinema Editors Award) for her artistic achievement in the celebrated documentary Unzipped, and she won a Creative Emmy Award for her work in the HBO film In Memoriam, New York City, 9/11/ 2001. She is the president of Mamboreta Inc. in New York and has served as adjunct professor at The New School University and New York University Graduate Film Department. She serves as consultant for HBO Original Programming in New York. She was educated in El Salvador, Costa Rica, Mexico, England, and the United States and continues to be a bridge between those countries. 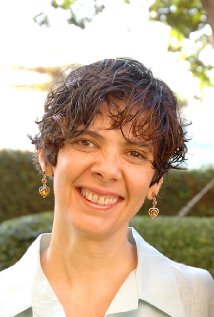