Rachael Rakes is an independent curator and critic. She is currently Programmer at Large at Film Society Lincoln Center, and co-programmer of Lincoln Center's Art of the Real festival. Rakes is also co-Film Editor for The Brooklyn Rail, and has published criticism and essays on art and film recently for Artforum, Art-Agenda, Art Papers, BOMB, Hyperallergic, Film Comment, and elsewhere. She is also a consultant for Verso Books, a Program Advisor for the documentary arts space UnionDocs, and a former curator/co-owner at Heliopolis Project Space in Brooklyn. From 2010-2013, she was the Assistant Curator of Film at the Museum of the Moving Image. With Leo Goldsmith, Rakes is currently at work on a book about the collaborative practice of filmmaker Peter Watkins, for which they received a 2014 Arts Writers Grant. 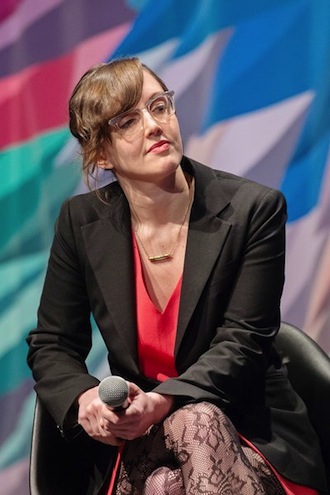