Richard Landry came to video through his abiding interest in music, recognizing the medium as a way to combine audio recording and live performance. Intrigued by the visual resonance or "image" of sound, Landry pushes his tapes beyond documentation toward a fusion of audio and visual rhythms. Constructing his music through improvisation, with equal emphasis on chance, emotional influences, and experimentation, Landry’s compositions move through various harmonies toward dissonance and back again. In his performances of the 1970s, Landry pioneered the use of a quadraphonic delay system that allowed him to perform as a live quintet from his solo performance, combining his voice with four time-delayed repeats. As a founding member of the Phillip Glass Ensemble, he was active in the experimental music movement of the '70s and early '80s. Like many artists working in an interdisciplinary mode, the fundamental concerns of Landry’s work circulate around randomness, harmony, and repetition. From the cultural perspective, these videotapes document an exciting passage in the history of American art, a time of concentrated fusion between artistic disciplines.

"I became involved with sound/image experimentation with Keith Sonnier. The tapes deal with the source of the sound: the lips, the hands, the instrument itself."
—Richard Landry 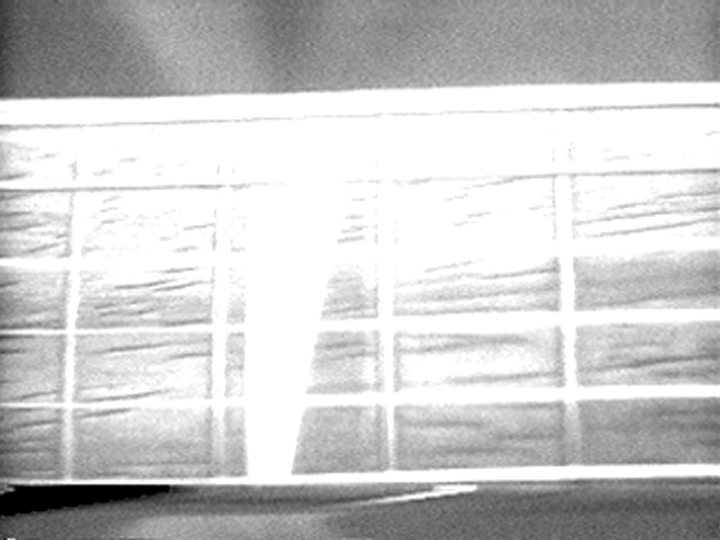