Robin Deacon (born 1973 Eastbourne, England) is an artist, writer and filmmaker currently based in the USA. His interdisciplinary practice has spanned a variety of disciplines and themes, including explorations of performer presence and absence, the role of the artist as biographer, the possibility for journalistic approaches to arts practice, and the mapping and ethics of performance re-enactment. He graduated from Cardiff School of Art in 1996, and went on to present his performances and videos at conferences and festivals in the UK and internationally in Europe, USA and Asia. His work has been commissioned and programmed by venues such as The ICA, London (1996), The Young Vic, London (2000), CCCB, Barcelona (2006), Tanzquartier Wein, Vienna (2007) and the Centre d'art Scenique Contemporain Lausanne, Switzerland (2009), Tate Britain, London (2014) and the Barbican Centre, London (2015). He has also been artist in residence at Sophiensaele in Berlin (2005), Camden Arts Centre London (2006) and Robert Wilson's Watermill Center, New York (2009). He has received a variety of awards and fellowships from organizations such as the Delfina Foundation, British Arts Council, Live Art Development Agency and Franklin Furnace Inc. Between 2003 and 2012, he was an Associate Artist of contemporary artists producing organization Artsadmin. 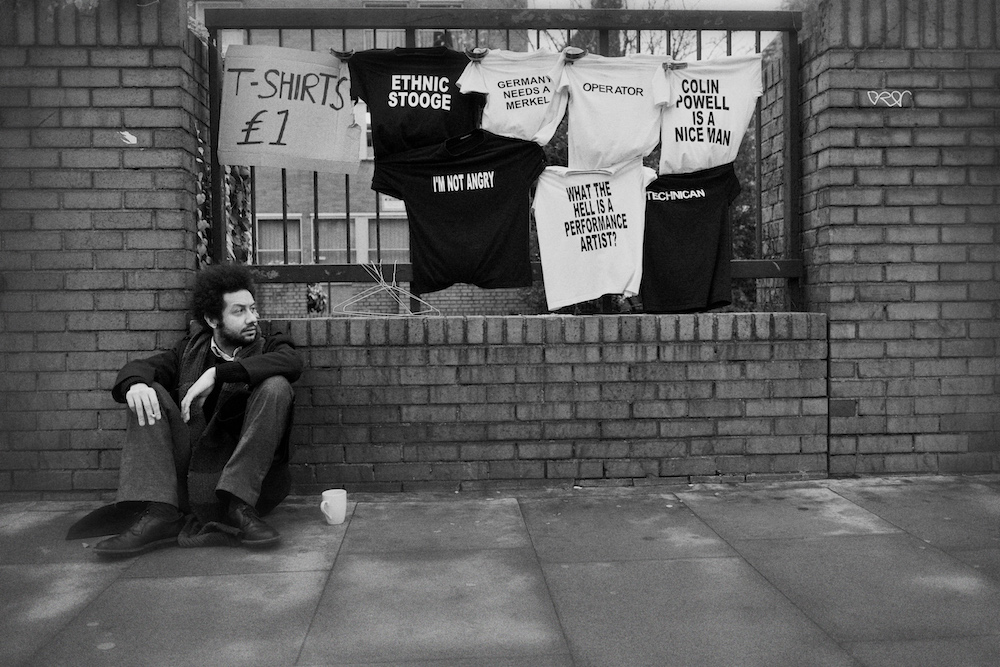