Stanton Kaye grew up in Beverly Hills, CA in a family involved in theater, vaudeville, and film. Kaye's independent feature films Georg (1964) and Brandy in the Wilderness (1968) were widely exhibited, including at Cannes Director's Fortnight and the Museum of Modern Art, and won prizes at festivals including Los Angeles Film Festival and Ann Arbor Film Festival. Kaye's innovative blending of documentary styles with fiction proved highly influential to independent filmmakers.

In 1969, Kaye was a fellow in the inaugural class of the American Film Institute Conservatory, where his colleagues included Terrence Malick and David Lynch. He founded the independent film studio Bouquet Media in 1994. In addition to his work in film, Kaye was Vice President of Marketing/ International at the software company Quarterdeck from 1983-1994 and is currently the president of Infratab, which develops RFID tags and software to monitor perishable product integrity. Brandy in the Wilderness was screened at the Telluride Film Festival in 2010 following a restoration by the UCLA Film and Television Archive. 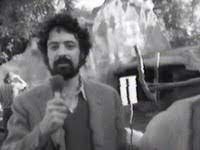