Eye/Machine I, II and III 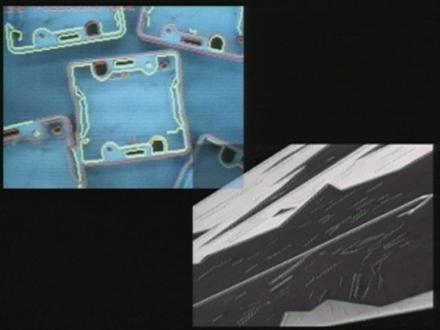 Harun Farocki utilizes a vast collection of image sequences from laboratories, archives and production facilities to explore modern weapons technology. This trilogy examines "intelligent" image processing techniques such as electronic surveillance, mapping and object recognition, in order to take a closer look at the relationship between man, machine, and modern warfare.

"Mr. Farocki’s focus on techniques of simulation invites skepticism about the representation of reality in general. His art is a meditation on the degree to which our world, what we take for reality, is formed by recording and image-making machinery.  We are always “at a distance,” in peace as well as in war. Representational technology becomes an experience in and of itself, which at least partly eclipses what it purports to reveal. Similarly, our minds organize incoming information into images and narratives that may or may not be true to the facts. The nonexistent weapons of mass destruction that ostensibly led to the United States’ invasion of Iraq are a case in point." 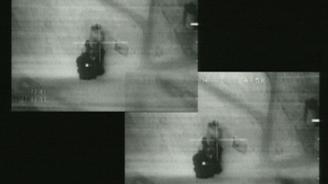 The film centers on the images of the Gulf War, which caused worldwide outrage in 1991. In the shots taken from projectiles homing in on their targets, bomb and reporter were identical, according to…

"How can the distinction between "man" and "machine" still be made given today's technology? In modern weapons technology the categories are on the move: intelligence is no longer limited to humans.… 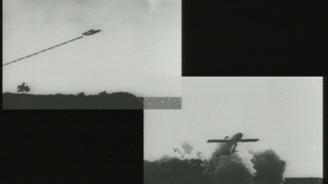 “The third part of the Eye/Machine cycle structures the material around the concept of the operational image. These are images which do not portray a process, but are themselves part of a process.…