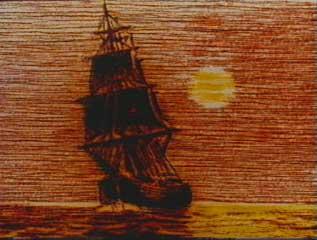 A DVD box set compilation featuring four animations made by scratching directly into the surface of the film.

"Bush has demonstrated a fascination with artistic techniques of the past, particularly those that have endowed us with works whose great and enduring beauty tend to eclipse the extraordinary degree of devoted labour involved in creating them."

"The secret preoccupation of these films, finally, is beauty. It may be the case that the filmmaker, in focusing so relentlessly on issues of time, narrative, history, the intersection of the graphic and the cinematic, and the question of clarity of presentation, doesn't himself see it, but the viewer does. As if beauty were a necessary by-product of these investigations, beyond the intention of the artist, yet an inevitable result of his rigorous control and passionate pursuit of meaning."

This title is only available for purchase on PAL DVD. 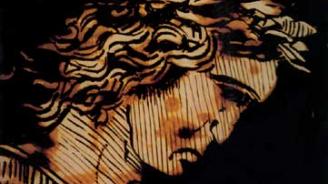 A journey into the centre of Hell; Dante's The Divine Comedy, illustrated by Gustav Dore's wood engravings and animated by scratching directly into the surface of the film.  The poet Dante is taken… 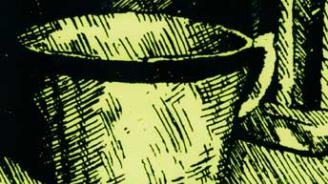 A radical reworking of an etching by Italian artist Giorgio Morandi, brought to life by engraving fame by frame into the photographic emulsion of color filmstock. The viewer is taken on a journey… 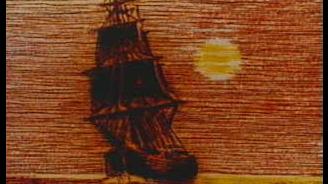 A ship sets sail on an epic voyage through malignant natural and supernatural elements from which one man alone survives. An adaptation of Samuel Taylor Coleridge's The Rime of the Ancient Mariner…

To the background of village celebrations a father questions his daughter about a suspected lover. She cleverly deflects him with her answers but the passions rise, the villagers take sides and what…