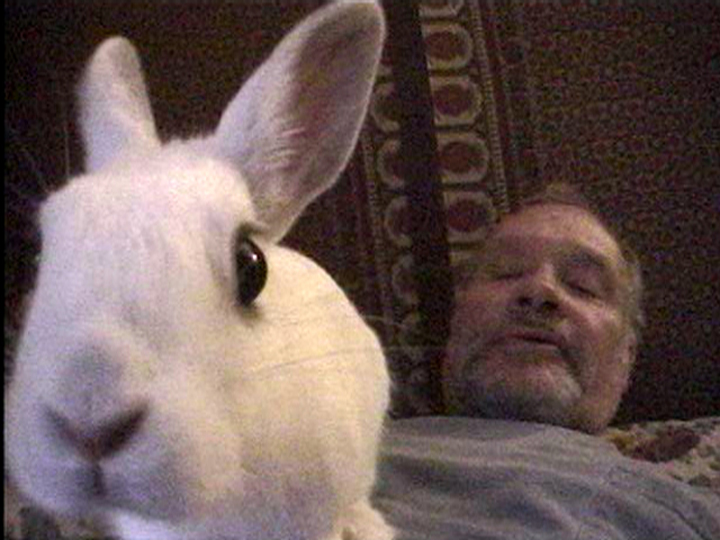 Anthology Film Archives had a lengthy relationship with George, and in the last decade they preserved much of his earliest work, including films made while still a teenager. These works screen regularly in their Essential Cinema series, so for their special memorial screenings they asked George’s longtime distributors, Video Data Bank included, to share some of our favorite pieces. To round out the series they're also spotlighting works from the collections of Harvard Film Archive and Pacific Film Archive. If you’ve never seen a Kuchar work, now is your opportunity to dive in with some of his very best.

Video Data Bank's program kicks of the series on Friday, February 10 at 7:00 PM.

PROGRAM 1: A PACKAGE OF STARS FROM GEORGE AND THE VDB GANG

George transitioned from using film to video in 1985 and VDB has distributed his work ever since, with the archive now housing all 275 of his videos. During 2005 VDB was delighted to collaborate with him on a box set of his work, making it possible for a wider audience to appreciate his treasures. To represent George’s work and to interact with him day-to-day was a delight; in addition to his undoubted artistic talents, he was funny, modest, grateful, and a real human being. This program presents just a few of the shining stars that make up George’s galaxy.