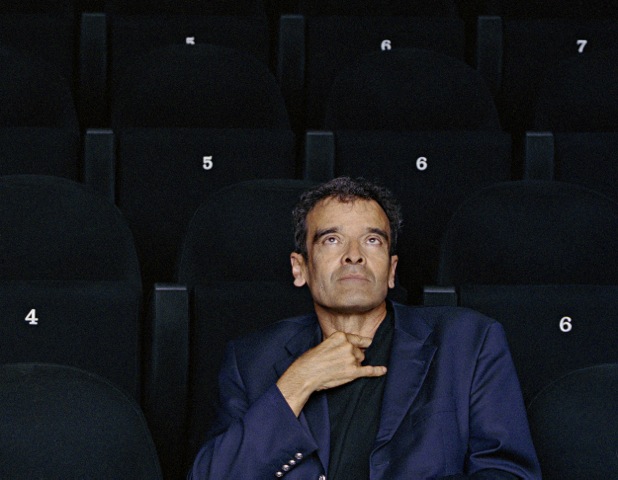 All of us at Video Data Bank mourn the death of German filmmaker, video artist and writer Harun Farocki, who died on July 30th at the age of 70.
Harun Farocki began making experimental essay films in the mid 1960s, since which time he has produced more than 120 brilliant and challenging films, videos and installations, many of them made with found images – educational films, equipment demonstrations, video games, combat footage. His work tears apart the very nature of moving images, the politics of images, and the politics behind images.
Perhaps Farocki’s best-known piece is the agitprop film Inextinguishable Fire, (1969) an examination of the production and use of napalm during the Vietnam War. While probing the complicity of U.S. manufacturers, particularly Dow Chemical, and the role of labour, the film’s unemotional tone only serves to underline the urgency of the subject.
Though I had long been a devotee of his work, I didn’t meet Farocki until 2003 when he was a guest of the School of the Art Institute’s Conversations at the Edge screening series; shortly afterwards Video Data Bank began to distribute his work, including many of the early films, and continuing with his contemporary multi-channel videos.
Working with Harun Farocki was always a pleasure: he was responsive, receptive, and gracious, and appreciative of the audiences that were engaging with his titles. In recent years, we have seen his work gain increased recognition, and it has been a thrill to witness the growing number of curators, critics and audiences worldwide who have embraced his work. Recent projects such as the Parallel series (2012-14) and the ongoing Labour in a Single Shot website (created with his partner Antje Ehmann), have only demonstrated the continued relevance of his thinking.
Harun Farocki truly was at the height of his artistic powers, each project more deeply compelling than the previous. Which makes his loss all the more painful.
Abina ManningVideo Data BankAugust 2014