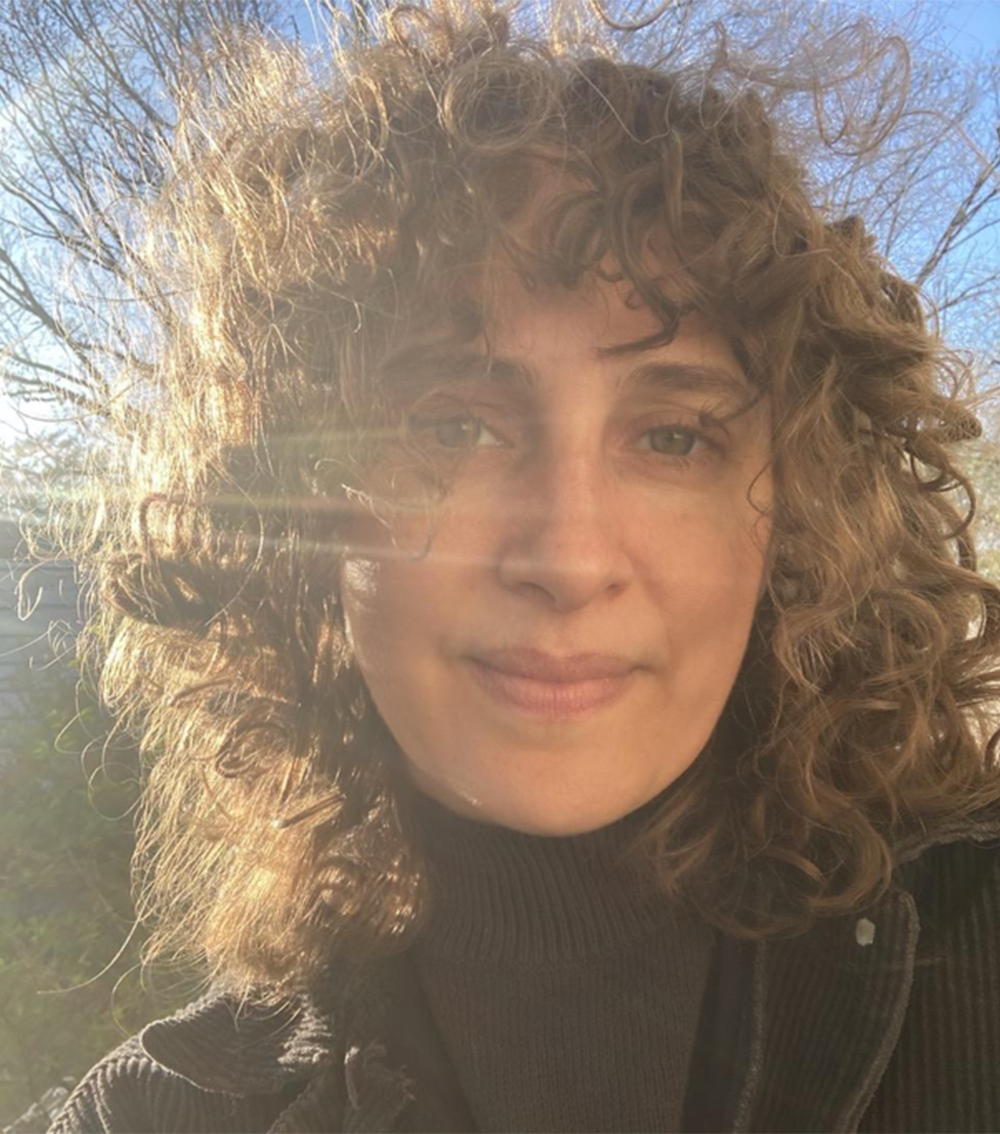 Jessica Bardsley is an artist-scholar working across film, writing, and studio art. She is currently Visiting Assistant Professor at Cornell University and a Visiting Fellow in the department of Art, Film, and Visual Studies at Harvard University. Her films have screened within the U.S. and internationally at festivals like CPH:DOX, Visions du Réel, EMAF, Flaherty NYC, RIDM, True/False, and many more. She is the recipient of various awards, including a Princess Grace Award, Grand Prize at 25FPS, the Eileen Maitland Award at the Ann Arbor Film Festival, Best Short Film at Punto de Vista, and numerous Film Study Center fellowships. Her research and writing have been supported by the Radcliffe Institute for Advanced Study, the Terra Foundation for American Art, and the Henry Luce Foundation/American Council of Learned Societies. She received a Ph.D. in Film and Visual Studies from Harvard University and an M.F.A. from the School of the Art Institute of Chicago.

I’ve spent a lot of my life connected to academia, but that is not the world that I grew up in. Neither of my parents went to college. They are working class leftists from Massachusetts. We moved to Florida when I was young, so I am a child of the swamp.

In high school, I painted all the time; it was instinctive to make art. But at a certain point I felt like I didn’t really “get” painting anymore, and I started writing in college. I liked creative nonfiction writers like Joan Didion, but it was actually Anne Carson’s poetry that made me curious about video. Carson has this poem, “Longing, A Documentary.” It’s a very cinematic poem, a script really, about a woman who drives out to a river to make a photograph at night. I just remember thinking, “Well, if documentary could be like this…” and I loved the idea of making a documentary about a feeling. I just had an inkling that I could really do that with video. We didn’t have video classes where I went to college, so I did an exchange semester at another school where I learned to use a camera and learned about video art. It felt very intuitive, like I could synthesize my different interests and capacities through the medium. I was especially inspired by feminist video artists and essay filmmakers.

I have an MFA from the School of the Art Institute of Chicago, and I have a PhD from Harvard. The PhD is an academic degree, but I still made films throughout.

I make a living by teaching. It feels more like I’m trying to balance work and art (work and work!). I have to be protective of my time and energy for art-making. Art-making is really essential to me. That said, I also make sure to have time when I don’t do any kind of work.

I just think it’s wild to be here on this earth feeling all the feels. Life is very difficult for a lot of people. I try to make work that recognizes that reality, but also creates an open space. I try to conjure something larger, something sublime. I often find that quality in different outdoor environments.

For my own art, I tend to find influence in art forms other than film and video. I love Jo Baer’s recent paintings, which came together in a recent book Up Close In the Land of the Giants. I come back to that again and again lately. I love Etel Adnan’s painting and poetry. I love loud, atmospheric goth music. Music has really helped me flesh out the worlds I create in my films. I listen to a lot of Kate Bush, The Jesus and Mary Chain, Suicide, The Cocteau Twins, or more recent bands like Sweeping Promises.

I am also writing a book on contemporary ecological art, looking at water’s association with fluid ideas about matter. I’ve been writing about a range of artists for that project, from Vija Celmins to Fujiko Nakaya and John Akomfrah. I am also writing about autofiction and the moving image. This project really grew out of my own work and trying to create a context for it. I write about artists and filmmakers like Moyra Davey, Laura Huertas Millán, Cheryl Dunye, Zia Anger, Chantal Akerman, Sadie Benning, and Tony Cokes.

I have recently started doing solo screenings, and these have been a real epiphany for me. The first was at UnionDocs in Brooklyn. I love seeing my work all together, and these solo programs have definitely been the best screening experiences I’ve had. My films connect in important ways, and seeing them together shows that I have been building a world all this time. I also find the conversations in these contexts more substantial.

I am working on my first feature. It’s an outgrowth of my new short film Life Without Dreams. After finishing that film, I just felt like there was so much I was still interested in. I also felt like I purged a lot of demons making Life Without Dreams, so I could go on and explore some of the dreamier aspects of night and the nocturnal. I am also writing a book about water and art.

My films tend to have different threads, but I have to cut it off somewhere. Sometimes I say, okay, this is related to what I’m working on, but this could actually be its own thing. And then I start a new thing. But I would say overall, my art grows out of everyday life, usually from difficulties I’m trying to work through. I talk to friends and see what their experiences are, and then I start to read and write.

On a more practical level, my films begin with a process of collecting. I work with a lot of found footage, so I gather, I glean, I search the web, archives, everywhere. Sometimes I shoot footage and combine it with what I find. In the beginning I just let myself pull from everywhere and follow each idea.

To finish a film, I collaborate with a sound designer named Jacob Ross. We met in Chicago over a decade ago at the Experimental Sound Studio. I am very particular and I want everything to be just right, so sound design can take a while. Jacob is very patient and such a generative collaborator. Often, I will still make some final video edits as we do the sound design because his work gives me new ideas.

The best I can say is that a film is finished when nothing bothers me anymore. I have to see my films over and over again for the rest of my life, so each one has to feel right, at least at the time I am making it.