VDB congratulates its artists at the Whitney Biennial 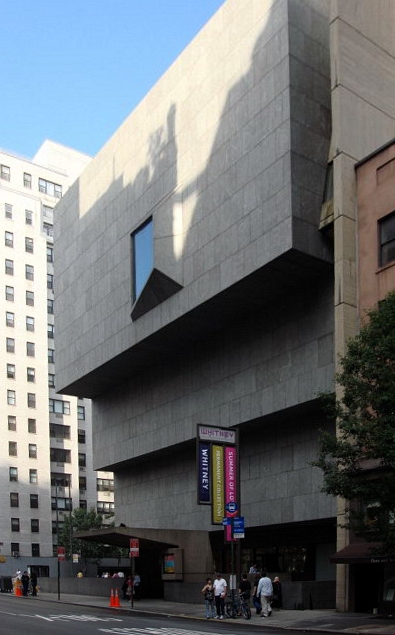 Our congratulations go out to all of the Video Data Bank-represented artists who are featured in the 2014 Whitney Biennial.  Curated by Stuart Comer, Anthony Elms, and Michelle Grabner, the exhibition boasts a host of artist-driven initiatives and a focus on artists who may be considered, in some way, outside the center of the traditional art world.  The New York Times calls attention to the show's championing of, "artists involved in a multiplicity of disciplines, for instance writers who paint, painters who are also poets, filmmakers who create sculptures, and photographers who draw."  Fans of video and performance art will be thrilled to hear that to show is said to be strong in time-based arts.
The 2014 Whitney Biennial opens March 7th and runs through May 25th, 2014.

About the Artists:
Doug Ischar: Since the early 1990s, Ischar has worked in sound, video, and photography. His work has evolved from large-scale multimedia installations to single-channel videos that address issues surrounding gay identity, desire, and loss. "I'm glad the Whitney curators were willing to take on some difficult queer work," notes Ischar regarding his inclusion in the upcoming show. Ischar's Biennial program runs continuously from April 30th to May 4th in the first floor screening room of the museum.
Jessie Mott & Steve Reinke: Steve Reinke is an artist and writer best known for his videos. His work is screened widely and is in several collections, including the Museum of Modern Art (New York), the Pompidou (Paris), and the National Gallery (Ottawa).  His videos typically have diaristic or collage formats, and his autobiographical voice-overs share his desires and pop culture appraisals with endearing wit. Born in a village in northern Ontario, he is currently associate professor of Art Theory & Practice at Northwestern University in Evanston, IL.
Jessie Mott is an artist living and working in Chicago, IL, using a variety of media that includes drawing, painting, collage, sculpture, and writing about a menagerie of human, animal and celestial bodies.  Her work has recently been included in group shows at devening projects + editions, The Hyde Park Art Center, Gallery 400, and Swimming Pool Project Space. Mott received an MFA from Northwestern University and a BFA from New York University. She lives and works in Chicago, IL.
Together Reinke and Mott have collaborated on a trilogy of short animations. Mott creates the drawings, writes the script, and records the voices; Reinke constructs the soundtrack and animates her drawings. Their works features a cast of animal characters of indeterminate species, who struggle with impending despair, melancholy and absurdity.
Charlemagne Palestine: Born in 1945, Charlemagne Palestine studied at New York University, Columbia University, Mannes College of Music, and the California Institute of the Arts. Palestine's work as a composer and performer in the late '60s and early '70s explored the filtering of sound through performer, instrument, space, and audience in an effort to bring inner dramas to the surface. The Biennial will feature his contemporary work in minimalist sound performance.
A.L. Steiner: A.L. Steiner utilizes constructions of photography, video, installation, collage, collaboration, performance, lecturing, writing and curatorial work as seductive tropes channeled through the sensibility of a skeptical queer eco-feminist androgyne.  Steiner’s projects and collaborations are celebratory efforts in confronting notions of normativity, activism and the sources of constructed truths. She is a collective member of Chicks on Speed, co-curator of Ridykeulous, co-founder/organizer of Working Artists and the Greater Economy (W.A.G.E.), and collaborates with numerous visual and performing artists.
Sterling Ruby: Sterling Ruby was born in Germany in 1972 and lives and works in Los Angeles. He graduated from the Art Center College of Design in Pasadena, California (2005), and the School of the Art Institute of Chicago (2001). Ruby is well known for his sculptural work, large canvases, urethane sculptures, nail polish sketches, collage and films.  His ceramic sculptures will be featured in the 2014 Biennial Exhibition.
Paweł Wojtasik: Born in Poland in 1952, Wojtasik lives and works in New York City. His independent video work focuses on marginalized or overlooked aspects of contemporary society. The artist is participating in the Biennial as a member of the Sensory Ethnography Lab (SEL). This experimental laboratory promotes innovative combinations of aesthetics and ethnography.  Wojtasik's contribution to the SEL screenings at the Whitney will be the 23-minute film SINGLE STREAM, which takes a close and meditative look at the problem of waste. The film explores a recycling facility in the Boston area, where hundreds of tons of refuse are sorted daily. To create an immersive feeling it will be shown in CinemaScope and with 5.1 surround sound. Blurring the line between observation and abstraction, SINGLE STREAM plunges the viewer into the steady flow of the plant and the waste it treats, examining the material consequences of our society's culture of excess.