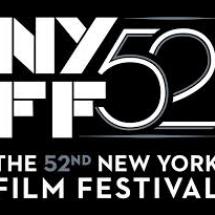 The New York Film Festival is currently underway, and this year marks the inaugural showcase of the Projections Program:

The New York Film Festival’s Projections section presents an international selection of artists’ film and video work that expands upon our notions of what the moving image can do and be. Drawing on a broad range of innovative modes and techniques, including experimental narratives, avant-garde poetics, crossovers into documentary and ethnographic realms, and contemporary art practices, Projections brings together a diverse offering of short, medium, and feature-length work by some of today’s most vital and groundbreaking filmmakers and artists. Projections is curated by Dennis Lim (Director of Programming, Film Society of Lincoln Center), Aily Nash (independent curator), and Gavin Smith (Senior Programmer, Film Society of Lincoln Center & Editor-in-Chief, Film Comment)

VDB is thrilled that the 2014 Projections program will highlight a number of VDB titles and artists, including:

In addition to these short titles Projections will premeire the 2013 feature Sauerbruch Hutton Architects, one of the last works by artist Harun Farocki. The savvy film documents the ongoing work of a Berlin-based architectural firm. "In this group portrait, the creators appear both as master rhetoricians and children playing with materials and colours. Through their changing opinions, what Farocki is questioning is nothing less than the relationships between word and matter — which inevitably finds a mirror of cinema in the renewed mystery of architectural art: producing form from discourse," notes ciric Charlotte Garson in her Cinema du Reel review.