A poet of the New York school in the early- and mid-1960s, Vito Acconci moved toward performance, sound, and video work by the end of the decade. Acconci changed direction in order to "define [his] body in space, find a ground for [him]self, an alternate ground for the page ground [he] had as a poet." Acconci’s early performances—including Claim (1971) and Seedbed (1972)—were extremely controversial, transgressing assumed boundaries between public and private space, and between audience and performer. Positioning his own body as the simultaneous subject and object of the work, Acconci’s early video tapes took advantage of the medium’s self-reflexive potential in mediating his own and the viewer’s attention. Consistently exploring the dynamics of intimacy, trust, and power, the focus of Acconci’s projects gradually moved from his physical body (Conversions, 1971) toward the psychology of interpersonal transactions (Pryings, 1971), and later, to the cultural and political implications of the performative space he set up for the camera (The Red Tapes, 1976). Since the late '70s, Acconci has designed architectural and installation works for public spaces. 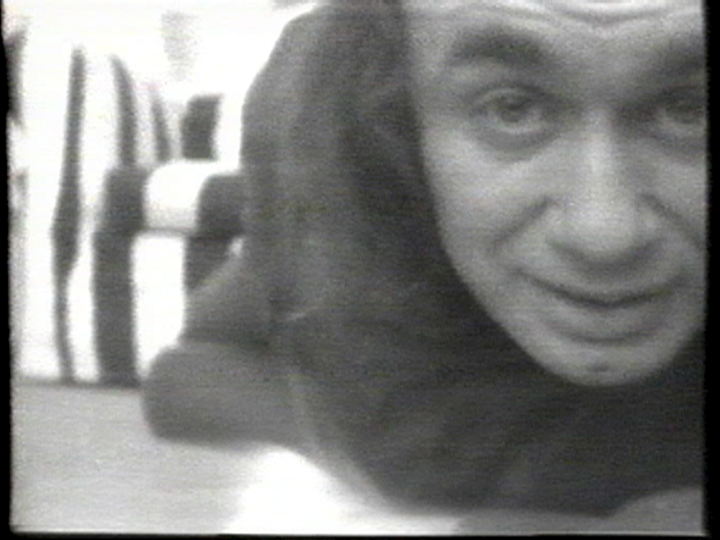 Busting the Tube: A Brief History of Video Art
Surveying the First Decade: Video Art and Alternative Media in the U.S. 1968-1980: Attention! Production! Audience! Performing Video in its First Decade, 1968-1980