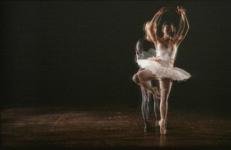 The orchestra begins and a male and female dancer move from opposite sides of the stage. The dancers embrace and begin the White Swan pas de deux from the ballet Swan Lake. However this is not the ballet as it is normally performed. The choreography has been re-staged so that in every single frame the two original dancers have been replaced by the bodies of four new dancers. The movement remains continuous, the characteristics of the dancers’ movements and gestures the same, but in each frame a different person occupies the dancers’ body spaces. 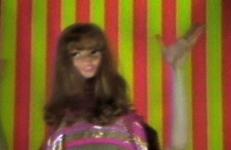 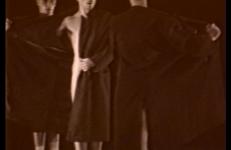 Portrait of Christophe In Mind, 1988

This lyrical piece celebrates the male body simply and elegantly. Its subject, Christophe, is exquisitely portrayed by the sepia-toned balletic video. Three men dressed in overcoats dance in and out of the frame in front of a mostly stationary camera. Occasionally they open or partially remove the overcoats to display beautifully sculpted male bodies. 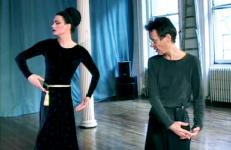 "In the spring of 2002 I handed over to Charles Atlas a collection of films and videotapes in various formats that I had been accumulating with an eye to his editing them into what I call a "faux Rainer portrait" (though he may well call the final product something else). 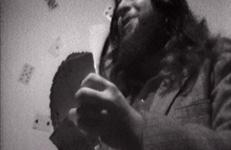 Shot by Mary Curtis Ratclif at the O.K. Harris Gallery on Prince and Green Streets, New York, this tape focuses on performer “Ricky Jay” as he performs card tricks at his magic table for an enthusiastic audience. 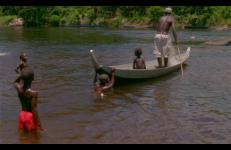 “Animists are people who recognise that the world is full of persons, some of whom are human, and that life is always lived in relationship with others.”

Trance dance and water implosion, a kino-line drawn between secular freak-outs and religious phenomena. Filmed in a single take at a sacred site on the Upper Suriname River, the minor secrets of a Saramaccan animist's everyday are revealed as time itself is undone. Rites are the new Trypps -- embodiment is our eternal everything. 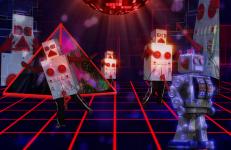 Inspired in part by the cover of "Megatron Man," Patrick Cowley's archetypal 80s disco album, Robot Love is a celebration of the playful, synthetic, party-driven, disposable culture of disco. The video is playful and opulent, presenting a night at the disco as a mind-expanding trip to an alternate universe. 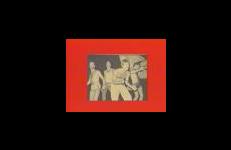 (tell me why): The Epistemology of Disco is an often humorous, at times sarcastic and poignant look at the role that disco music has played in the formation of gay male identity. 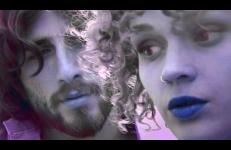 ....Everything changes;...child, animal, flower and stone 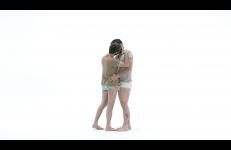 The End of Time is a choreography for two lovers, enacted by three figures. It looks at the birth and the vanishing of desire as an endless chain with successive beginnings and endings.

"The End of Time (2012), is a choreography enacted by three figures exchanging between dominant and fragile roles. In each of the three chapters of the film, two men interpret the falling in and falling out of love, playing attraction and repulsion, taking off clothes and putting them on in what seems an eternal fable about love and separation." 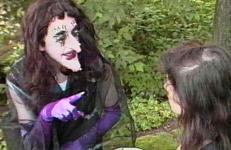 Based on a tale by Charles Perrault, Tom Rubnitz's The Fairies comes complete with frogs, princes, kind fairies, and evil stepsisters—all costumed à la Rubnitz. Featuring Sister Dimension as the fairy godmother, Michael Clark, and others, the tape playfully illustrates a familiar fairytale moral, as each person gets what they deserve. The evil girl spits up toads, while flowers and jewels emerge from the mouth of Matilda the Good, and a dancing prince carries her away. 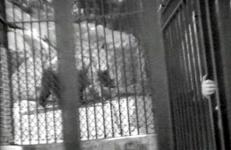 Forti uses the camera as a research tool to record the movements of three grizzly bears pacing anxiously behind the bars of their cage in the Brooklyn Zoo. The collected visual information becomes part of the basis for Forti's movements in Solo No. 1. 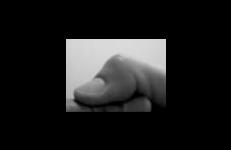 A dance, performed by A.K. Burns and Lanka Tattersall

This title is also available on A.K. Burns: Early Videoworks 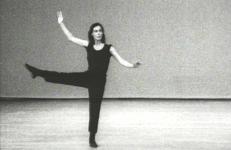 I worked on Trio A alone for six months in 1965. The dance consisted initially of a 5-minute sequence of movement that would eventually be presented as The Mind is a Muscle, Part I at Judson Church on January 10, 1966. There it was performed by me, David Gordon, and Steve Paxton simultaneously but not in unison. In an interim version of The Mind is a Muscle (Judson Church, May 22, 1966), it was performed by William Davis, David Gordon, and Steve Paxton. In the final section, called Lecture, Peter Saul executed a balletic solo version, i.e. 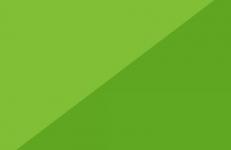 Shot with my students at the San Francisco Art Institute, this colorful drama with song and dance numbers (plus burlesque acts) follows the libidinous poisoning of Vatican personnel by an otherworldly intruder. The cast is mostly young and vibrant and the songs staged as opulently as possible on a $400 budget. Anyone interested in these collaborative productions will find a lot to gawk at in this backstage romance with pagan overtures galore. 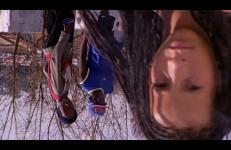 Filmed in the remains of Soweto's historic Sans Souci Cinema (1948-1998), YOLO is a makeshift structuralist mash-up created in collaboration with the Eat My Dust youth collective from the Kliptown district of Soweto, South Africa. Vibrating with mic checks and sine waves, resonating with an array of pre-roll sound — this is cause-and-effect shattered again and again, temporarily undone.

O humans, You Only Live Once!