This music video for the band Julie Ruin, fronted by Kathleen Hanna, formerly of Bikini Kill, critiques the cynical music marketeers of corporate America. Criticism particularly targets campaigns aimed at women, which Benning and Hanna refer to here as the "Girls Rule (kind of) Strategy." 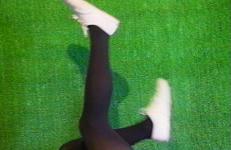 DIRECTOR’S STATEMENT/SUMMARY: This film centers around one performance, when Holland-based musicians, The Ex, visited New York to play a concert. This performance is intercut with city scenes, first from Amsterdam and then New York, of construction sites, street life, and protests against the Iraq war and the Bush administration. The construction site scenes relate to the band's dedication to music as a realm for collaborative building and creative destruction. 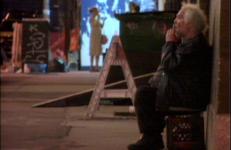 Communists Like Us is an ambient music video made from a few seconds of archival footage of Mao Zedong applauding and members of the Red Guard chanting. The title Communists Like Us was taken from the 1985 text of the same name written by Felix Guattari and Toni Negri. 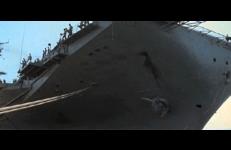 Mike Kuchar
Debbie and the Demons, 2010

Plagued by blindness, sloth, and devotion, a troubled scene from Little House On The Prairie offers itself up to karaoke exorcism. 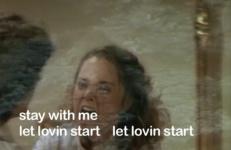 Branda Miller
I Want Some Insecticide, 1986

This musical short features dancing robots composited atop found footage, structurally mirroring the audio track by Fredrik Nilsen which in turn is composed of a driving drumbeat overlaid by found audio dialog. 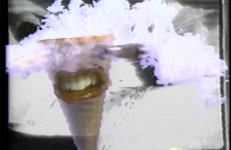 Shot in December 1969, this video documents a live performance by the Incredible String Band at the Fillmore East, NYC. Beginning with footage of people waiting in line at the doors before the show begins, the video goes on to record the performance itself. Early on, the band experiences some audio problems, before settling down to play. We witness the band talking, tuning their instruments and playing. 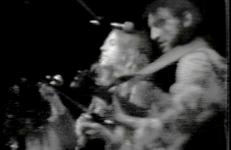 A collaboration between Jem Cohen and the Washington DC band Fugazi, the project covers the ten-year period following the band's inception in 1987. Far from a traditional documentary, the project is a musical document: a portrait of musicians at work. 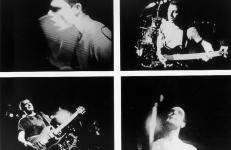 An independent film portrait of singer/songwriter Elliott Smith in Portland, Oregon in 1996, wherein he plays three songs. The songs were done live acoustic--in his old studio, a living room, and a bathroom (it was quiet in there). It's also a small portrait of Portland, Oregon.

The songs are "Between the Bars", "Angeles", and a cover of "Thirteen" by Big Star.

This is Elliott as I remember him, at his simple finest as musician.

This compilation features 11 of Jem Cohen's collaborations with musicians. Made on 16mm, Super 8 and Video, the works include the music of R.E.M., Gil Shaham and the Orpheus Chamber Orchestra, Void, Elliot Smith, Jonathan Richman, Miracle Legion and Olivier Messiaen. 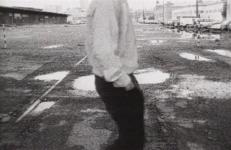 Psykho III The Musical is an intriguing play on the tension between “authentic” and “pop” camp. This celebration of artifice was originally written, directed, and produced by Mark Oates as a stage musical parody following the release of Psycho II in 1983, and was performed at the East Village’s most notorious nightspot — The Pyramid Club. In 1985, after a wildly successful run, Oates reached out to longtime friend and Downtown video artist Tom Rubnitz to produce a video adaptation of the stage musical. 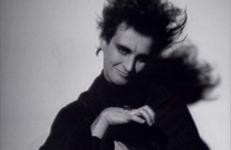 Psykho III The Musical is an intriguing play on the tension between “authentic” and “pop” camp. This celebration of artifice was originally written, directed, and produced by Mark Oates as a stage musical parody following the release of Psycho II in 1983, and was performed at the East Village’s most notorious nightspot — The Pyramid Club. In 1985, after a wildly successful run, Oates reached out to longtime friend and Downtown video artist Tom Rubnitz to produce a video adaptation of the stage musical.

Sing, O Barren Woman, part documentary part music video, satirizes and celebrates a taboo subject--voluntary childlessness. Susan Mogul gives voice to ten women who are childless by choice (or default) as they come out as non-mothers speaking and "singing" about the stereotypes of the "barren" woman. "Never mentioned in public or given a voice, we’re invisible women who made a provocative choice." These various refrains crescendo to Susan’s humorous song of sexual innuendo "Baby, I Still Can Conceive." This is the first U.S. film or video on voluntary childlessness. 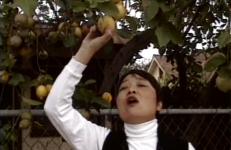 Solstice is a music video illustrating the feelings inspired by this holiday song written by a young man I met in Atlanta, Georgia, Andy Ditzler. My students and I, at the San Francisco Art Institute, concocted the visuals to accompany the tune and the result should evaluate all those suffereng from blues of every shade and intensity. 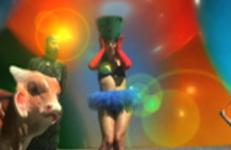 Les LeVeque
A Song from the Cultural Revolution, 1998

A Song from the Cultural Revolution is a stuttering music video composed of appropriated footage of Bill Gates’s testimony before the U.S. Senate. Gates’s hand gestures have been re-edited, frame-by-frame, into ASCII (American Standard Code for Information Interchange) signs for a text from “Methods of Thinking, Methods of Work,” Quotations from Chairman Mao Tse-tung (New York: Bantam, 1967).

This title is also available on Les LeVeque Videoworks: Volume 1. 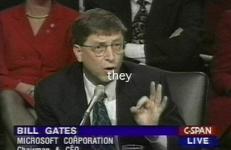 This title is also available on Elisabeth Subrin Videoworks. 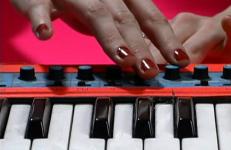 Year of the Spawn is an archival collage inspired by the synonymous song by the “gay church folk” band The Hidden Cameras. Wolf interpreted the song as an anthem for doomed youth. Having recently finished the historical film Teenage, Wolf collected over 100 hours of archival footage, featuring early 20th Century adolescents. Much of these historical newsreels feature bizarre and mysterious outtakes. These forgotten scraps became the fabric for this foreboding and melancholic music film. 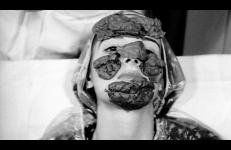