"I brought live reptiles, birds of prey and exotic flowers to a very stereotyped and neglected section of the city of St. Louis, Missouri which suffers from from severe abandonment and despair, but also has many tranquil vacant lots where nature flourishes. I chose these birds of prey for their symbolic meaning- The bald eagle a symbol of the United States, hawks and owls are messengers.  But this is not a film about St. Louis, It's about an anonymous archetype more than a specific locale. St. Louis's social economical changes and decline are familiar in the United States.  I wanted to create a fictional future where nature has taken over and humans are gone as a consequence of pollution, climate change, and social inequality. The soundtrack was created by recording musicians playing percussions and cello as they viewed the raw footage then mixed and edited with field recordings." 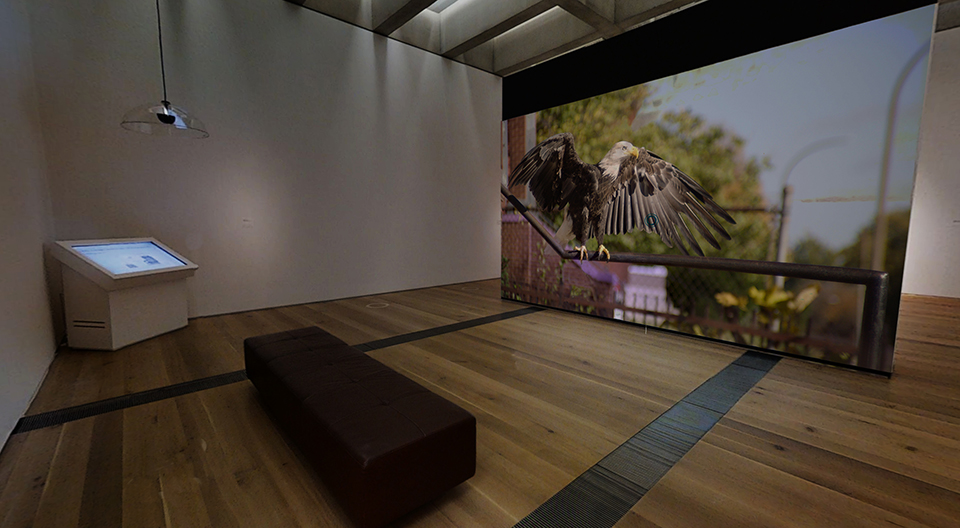 This video was first exhibited in 2021 as a two channel installation. For information about recreating this installation please contact us.  Educational rentals and purchases of this title include both channels for classroom viewing.

St. Louis's decline is mirrored by similar circumstances that may have led to the disappearance of Cahokia, A pre-columbian Mississippian city that was once the largest in the world, until after 300 years, it ceased to exist around 1350 CE. Just like the United States it too was a socially stratified society. Cahokia was located just across the Mississippi river from North St. Louis where Levy filmed, and inspired this work. The second screen informs the first and is to be viewed with headphones. It shows interviews conducted with past and current residents of North St Louis, who describe how the city once was and its decline, buildings that were important to their personal histories that were either abandoned or altogether demolished, the racism and inequality that led to the current situation, and also of the environmental benefits of nature growing unsupervised on these vacant lots in the midst of the city.