Joan Jonas studied sculpture and art history at Columbia University and Mount Holyoke College, and dance with Tricia Brown at the Boston Museum school. Widely known for her work in performance in the mid-'60s, Jonas first incorporated a live video camera and monitor into a 1972 performance, Organic Honey's Visual Telepathy. In the same year, she began producing single-channel tapes, among them Vertical Roll (1972), which are recognized as landmark investigations into the structural and performative nature of the medium.

Jonas's tapes draw on the essential connection between performance art and the video monitor, as time-based media especially suited to materializing the artist's psyche. Exploring the dislocation of physical space and mythical female archetypes, Jonas's work occupies an important position in the development of both early formalist and early feminist video.

"Space was always a primary concern, and in considering the space of the monitor I then dealt with the box-like structure, positioning it in relation to myself. I tried to climb into the box, attempting to turn the illusion of flatness into one of depth."
— Joan Jonas 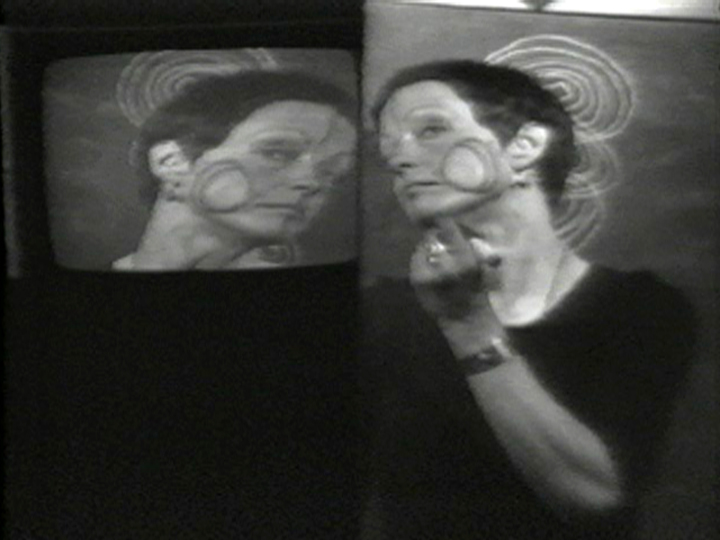