Charles Atlas, film director and video artist, has directed more than eighty films and videotapes. His recent output in these media has largely been the result of commissioned works for television both in the U.S. and in Europe.

The films and videos have ranged from the feature-length piece, Hail the New Puritan, a fictional day in the life of a young British punk ballerina, to As Seen on TV, a short comic film starring vaudevillian Bill Irwin, to Put Blood in the Music, a documentary about the downtown New York music scene circa 1989, to Son of Sam and Delilah, an impressionistic combination of opera singing, disco dancing, and serial killing, to Superhoney, a Gothic eroto-horror videodance. His film Merce Cunningham: A Lifetime of Dance, a 90-minute international co-production for television, won a "best documentary" award at Dance Screen 2000 in Monaco. His latest film is The Legend of Leigh Bowery, a feature-length documentary about the London-based performance artist and art/fashion icon.

Many of the films and videos have been made in collaboration with choreographer/dancers (including Merce Cunningham, Douglas Dunn, Karole Armitage, and Michael Clark) and performers (including John Kelly, DANCENOISE, Marina Abramovic, Karen Finley, Diamanda Galas, and Leigh Bowery). His most recent dance-related work, Rainer Variations, is a video montage/ portrait of filmmaker/choreographer Yvonne Rainer.

Throughout his career, Mr. Atlas has also been involved as collaborator in live performance work as director and also as designer of sets, costumes, lighting, and mixed media presentations. His work in this area has spanned the range from loft performances to opera house productions. His multi-media performance/theater piece, Delusional, (created in collaboration with Marina Abramovic) for a solo performer and four hundred live rats was presented in Belgium and Germany in April 1994. Atlas recently completed the video sequences about the work of the Judson Dance Theatre in the 1960's for The White Oak Dance Project’s touring stage production, PastForward.

Mr. Atlas has created several large-scale, mixed-media video installations. The Hanged One had as its components 15 channels of video, programmed lighting, and kinetic sculptural elements. It was shown at the Whitney Museum of American Art in January-March 1997. Recent video installations he has created have been shown at XL Xavier LaBoulbenne (NY), The Aldrich Museum for Contemporary Art, The Kitchen (NY), Magazin 4 (Austria), Ost-Gut (Berlin), Kjubh (Cologne), La Criee (France), and Performance Space (Sydney, Australia).

Mr. Atlas is the recipient of three "Bessie" (New York Dance and Performance) Awards. The most recent (1998) was in recognition of the video collages he made for the monthly event, "Martha @ Mother". 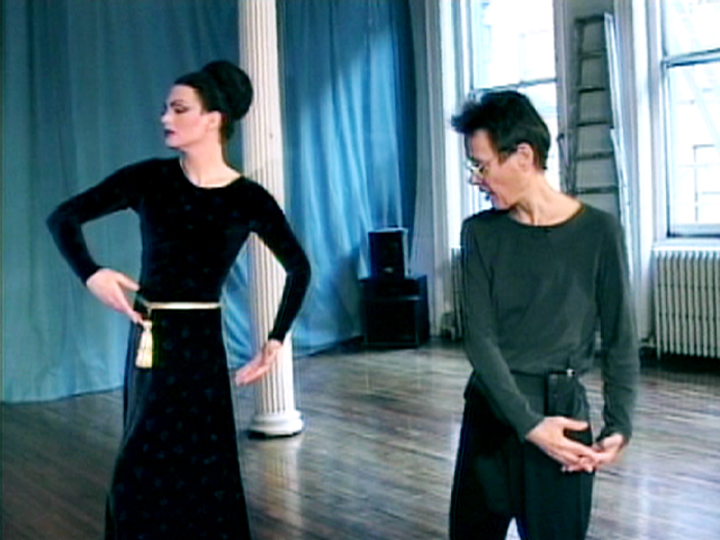