John Manning’s work addresses the uses and applications of modern technology, as well as man’s interaction with technology. Since the mid-'70s, Manning has been designing installations and tapes that rely on microcomputer-based audio and video systems for fine arts applications.   Before coming to video, Manning had worked for a film company that specialized in educational and scientific films. Manning's sense of humor and mild disdain for science and technology are apparent in the technological dystopia of AlienNATION. This classic work was created collaboratively by Edward Rankus, Manning, and Barbara Latham, while they were graduate students at the School of the Art Institute of Chicago.

“The approach to equipment at the time was totally different, very experimental, patching together modules to build new systems. We all saw the tape as a cultural garbage heap with each artifact and what today is called the discourse attending it jumbled together, creating interference patterns. We tried to build an ironic cage around the images, to subvert the image and the technology at the same time.”
—John Manning 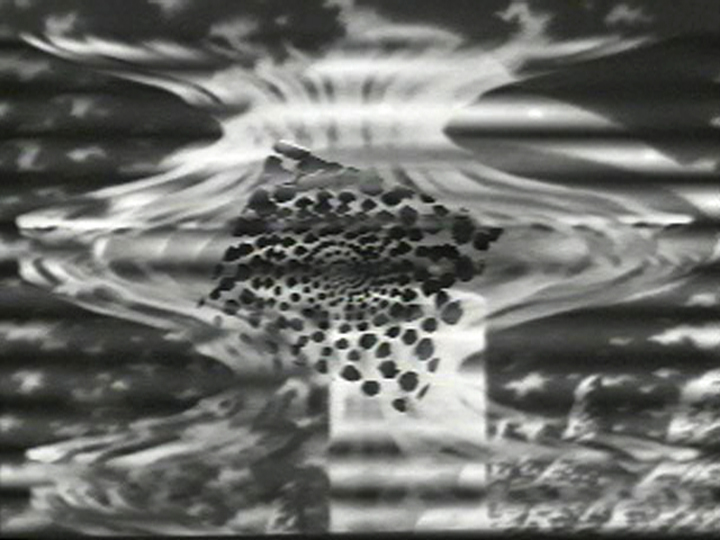