Nam June Paik studied music and art history at the University of Tokyo in Japan, writing a thesis on Arnold Shoenberg that earned him a degree in aesthetics. Paik's studies continued in Germany at the universities of Munich and Cologne and at the Conservatory of Music in Freiburg. During this time (1958-63), Paik met avant-garde composer John Cage and worked with Karlheinz Stockhausen at the WDR Studio for Electronic Music in Cologne. After meeting Fluxus founder George Maciunas in 1961, he participated in numerous European Fluxus performances, actions, and events.

Paik's first one-man exhibition was the 1963 Exposition of Electronic Music-Electronic Television at the Galerie Parnass Wuppertal in West Germany, which featured his series of "altered" TV sets. Paik went to New York in 1964 where he participated in the Fluxus scene and began developing performances in collaboration with cellist Charlotte Moorman. In 1969, Paik was included in the landmark exhibition TV as a Creative Medium at the Howard Wise Gallery. In this same year, Paik and electronics engineer Shuya Abe designed and built the first Paik/Abe Synthesizer at WGBH in Boston.

Many of Paik's tapes, including Global Groove (1973) and A Tribute to John Cage (1973) were produced through the artist-in-residence program at WNET's TV Lab. In addition to his pioneering work as an artist, performer, and inventor, one of Paik's major contributions to the field was his early effort as an advocate for the medium, consulting with the Rockefeller Foundation and the New York State Council on the Arts to establish funding systems which would sustain the video movement throughout the decade. 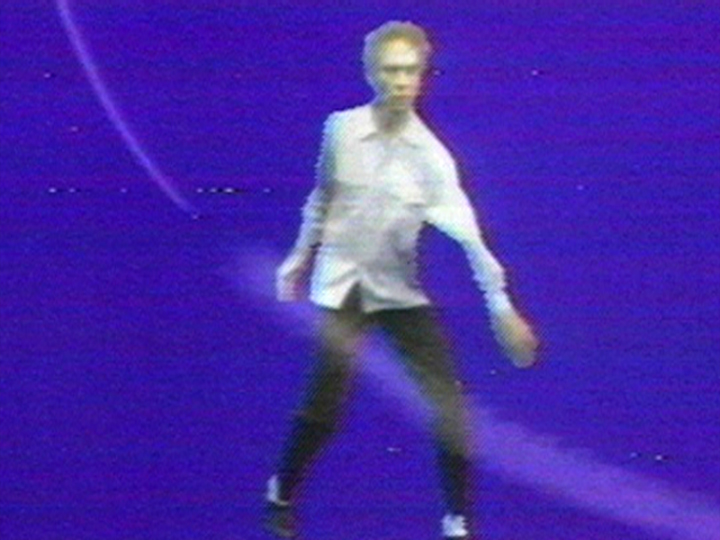