John Smith at Conversations at the Edge - October 16th, 2014 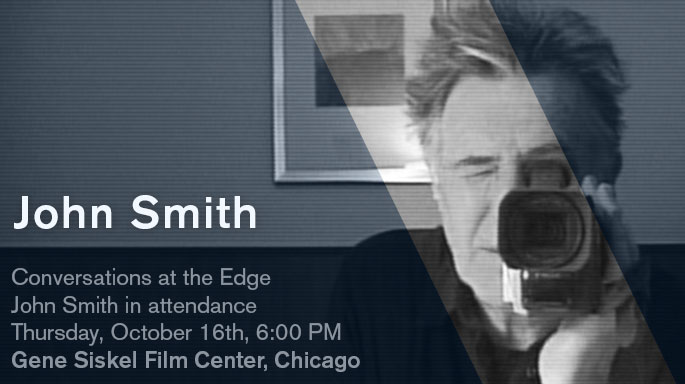 In his playful and thought-provoking short films and videos, UK filmmaker John Smith explores the language of cinema and reflects on the role of the image in politics, war, and the global economy. The 2013 Jarman Award winner presents a selection from across his 40-year career, including the seminal The Girl Chewing Gum (1976), an absurdist fantasy applied to the banal setting of a busy London street; Throwing Stones (2004), a personal and political meditation on ongoing conflicts in the Middle East; Dad’s Stick (2012), a surprising personal history; and the Chicago premiere of Dark Light (2014), among others.

Conversations at the Edge (CATE) is a weekly series of screenings, artist talks, and performances by compelling media artists, organized by the School of the Art Institute of Chicago's Department of Film, Video, New Media and Animation in collaboration with the Gene Siskel Film Center and Video Data Bank.