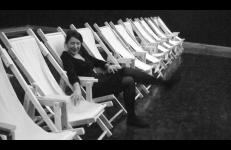 Marina Abramović, From Tuesday to Friday, 2010 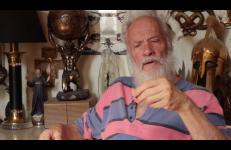 An Afternoon with Mike Kuchar, 2014

An intimate portrait of the artist at his home in San Francisco, this film delves into Mike Kuchar's life and work. The artist portrait explores, among other things, Kuchar's movie/music collections, his mysterious Casablanca editing system and the comic books, religious iconography and sci-fi memorabilia that fill the apartment floor to ceiling. 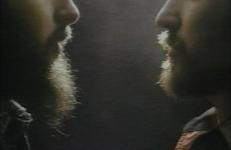 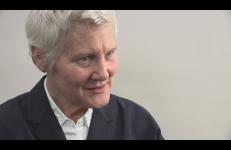 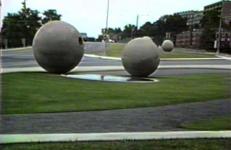 Art in the Public Eye: The Making of Dark Star Park, 1988

A documentary about Holt’s public installation work Dark Star Park in Arlington, Virginia, this video is about the process of developing and building the park. It includes commentary from the architects, contractors, foremen, and engineers who worked on the project, as well as with people who frequent the park. Holt transforms a site of urban blight into an aesthetically stimulating spot that addresses environmental issues. 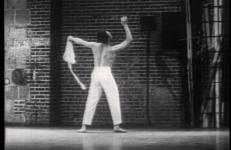 The Artists: Part 1 was produced in concert with the exhibition Four Solo Exhibitions at the Long Beach Museum of Art in 1988. The artists are introduced by LBMA’s senior curator Josine Ianco-Starrels. The video presents and contrasts the diverse styles, media, and personalities of these four women artists. 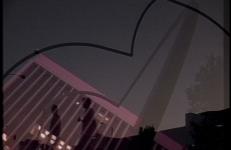 This video profiles the work and insight of California artists: sculptor, painter, and installation artist Laddie John Dill and painter and sculptor Clark Walding. It also includes a mini-documentary on Tony Delap’s The Big Wave, a public art sculpture that crosses Wilshire Boulevard in Santa Monica. 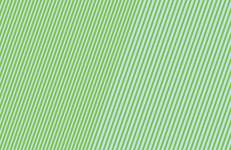 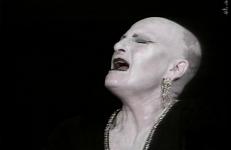 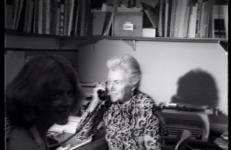 Part of the Long Beach Museum of Art’s Institute for Art and Urban Resources' Collectors of the Seventies series, this video focuses on the Betty Asher’s acquisitions. "I started collecting in 1939. I didn’t really start collecting per se," Asher says in this interview with David Ross, Virginia Dwan, and Alanna Heiss. "I bought things, and one morning I woke up and—all of a sudden—people were calling me a collector." 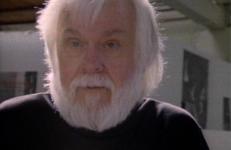 This video reveals John Baldessari's thoughts and intentions for his work over the course of his career, providing clues to the understanding of his paintings, books, and photos. What emerges is a portrait of a rebellious artist who attempts to undermine the catagories and dogmas of the art world--with the full realization that in the long run, some catagory or other will be named to label his work. 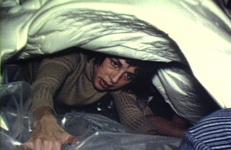 Feminist artist Lynda Benglis is known for her sculptures, video performances, paintings, and photography. Her work in the 1970s was controversial, delving into issues of gender roles within and outside the art world. Produced in conjunction with her retrospective at the High Museum of Art in Atlanta, Dual Natures provides an introduction to Benglis’s work and includes excerpts from her videos of the mid-’70s and footage of the artist at work. 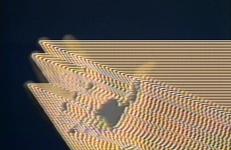 In 1964, Steina Vasulka (then Steinunn Bjarnadottir) married Woody Vasulka, a Czech engineer with a background in film. They later moved to New York where, with Andreas Mannik, they founded the Kitchen, a performance space dedicated to new media. The Vasulkas collaborated on a series of video works whose imagery arose primarily through the manipulation of the video signal at the level of the electron beam itself. 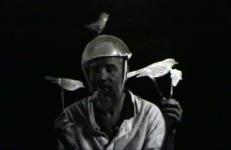 "I don't put myself into my movies because that would be too much--my pictures reflect my own feelings.  So hopefully it's entertaining.  Otherwise I can't bear looking at them, ha ha!"
--Mike Kuchar

In this dream-portrait of Mike Kuchar, he floats through his memories as the sea, space and sky drift past. Wrapped in odd costumes, he frolics with the imaginary creatures surrounding him, and recalls the creatures of his own imagination.

A Bitter Message of Hopeless Grief, 1988

Performance engineers Survival Research Laboratories (SRL) construct machines that live in their own fictional world, acting out scenarios of perpetual torment, exasperated consumption, and tragic recognition. This film presents a fractured narrative featuring these large anthropomorphic robots and represents Jonathan Reiss and SRL’s collaborative desire to go beyond the restraints of event documentation. 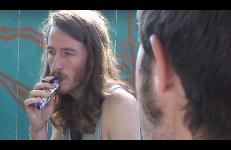 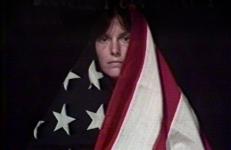 In this interview video and performance artist Nancy Buchanan discusses her feminist and political work. Buchanan comments upon the advantages of video over performance in terms of accessibility—the ability for her videos to circulate and reach audiences she physically cannot, and their brevity and completed form—and her strategies to create an atmosphere for change. This Video Portrait features two of Buchanan’s videos in their entireties: the anti-nuclear weapons work An End to All Our Dreams (1982) and the more straightforwardly feminist Webs (1983). 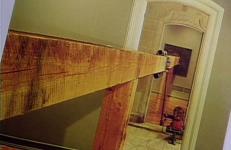 Chris Burden came into prominence in the late 1960s, but unlike many of the performance artists of his generation, Burden was interested in empirical and scientific investigations. His goal was to return the control of art making to the artist and to question the relevancy of more established art practices. In this documentary Burden talks about his hard-hitting performances in the ’70s that took a jaded art world by surprise and continues on to discuss the sculptural and installation works of the ’80s. 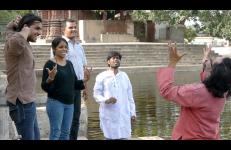 Gautam Chatterjee uses the streets, parks, and temple grounds of the city of Varanasi, India, to teach his students a 2000-year old method of acting.  Based on Natya Shastra, a treatise written by a quasi-mythical monk Bharat Muni, the instructions aim to intimately connect the actor with the real world.  Through deep engagement with the surroundings, people, animals, plants, and phenomena such as waves on the water or patches of sunlight on the ground, the actors work towards creating a truthful representation of the world. 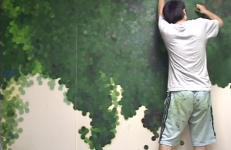 Satoshi Uchiumi, Japanese abstract painter, believes that the beauty of painting lies within paint itself. He has pursued beauty by painting thousands of colored dots. He has also become known for his ability to highlight the relationship between the artwork, the exhibition space, and the viewer. 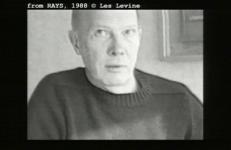 A portrait of the American artist Ray Johnson (1927-95), driving force behind the New York Correspondence School of the early 1960s. Ray Johnson was mainly known for his numerous mail art projects, involving artistic strategies like networks and collaboration. Key terms in his mail art activities were ADD TO AND RETURN, or SEND TO, inviting recipients to contribute to his work. Besides mail art, Ray Johnson worked on collages, assemblages, and performance throughout his life. 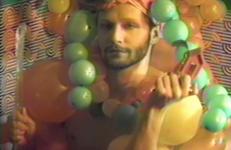 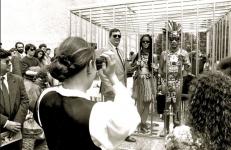 The Couple in the Cage: Guatinaui Odyssey, 1993

In a series of 1992 performances, Coco Fusco and performance co-creator Guillermo Gómez-Peña decked themselves out in primitive costumes and appeared before the public as “undiscovered AmerIndians” locked in a golden cage — an exercise in faux anthropology based on racist images of natives. Presented eight times in four different countries, these simple performances evoked various responses, the most startling being the huge numbers of people who didn’t find the idea of “natives” locked in a cage objectionable. 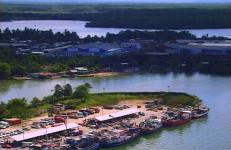 Uncomfortable: The Art of Christopher Cozier, 2005

Uncomfortable journeys through the work and ideas of Christopher Cozier, a leading contemporary artist in the Caribbean. The video presents Cozier's witty and incisive drawings, installations and videos in the context of post-independence Trinidad with its oil-rich economy, complicated ethnic politics, and vibrant cultural forms. 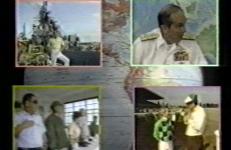