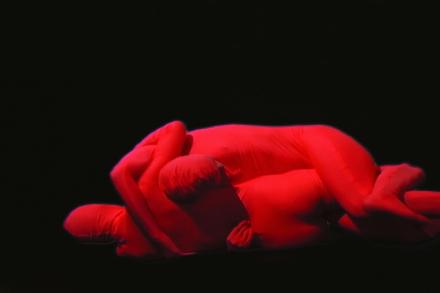 A.K. Burns’ early video works use ritualized performance, finite gestures, dueling and duality to explore power relations and the body. In Electric at the Cosmic Age Lodge (2005) safety-orange spandex clad body-doubles wrestle through outer- and interior space. In Loss in Exchange (2005) two bodies are folded into one through the equilibrium of exchanging a sweatshirt. And in Thumb War (2004) slowed and macro focused footage abstract a game of thumb war, in which opposable maneuvers accompanied by the drawl of the audio appear like figures or large animals engaged in a dance of domination.

Electric at the Cosmic Age Lodge 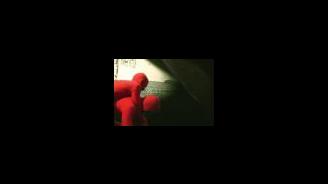 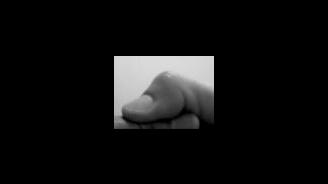 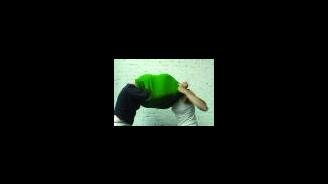