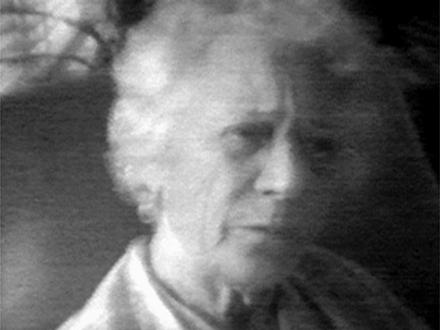 This carefully structured documentary is both a character study of DeVito's grandmother, Adeline LeJudas, and an incisive social critique of patriarchal society. In contrast to the domestic comforts of her Brooklyn home, Adeline recounts the violence she suffered at her abusive husband's hands and how she survived a dangerously late, illegal abortion. The intimacy of the video camera (requiring only a one-person crew) plays an intrinsic role in the type of exchange created between granddaughter and grandmother. Ama L'Uomo Tuo is based on the sharing of personal histories, a common practice of the early women's movement and consciousness-raising groups. Growing numbers of feminist health projects in the early '70s advocated for health information networks, the development of clinics for safe, legal abortions, and intensified public scrutiny of rape and violence against women. Ama L'Uomo Tuo is, admittedly, an example of a very sympathetic documentary; DeVito's presence and relationship with her grandmother is obvious and informs much of the oral history which she manages to record.

The original total running time for this piece is 19:00. An excerpt of this title (8:47) is only available on Surveying the First Decade: Volume 1.