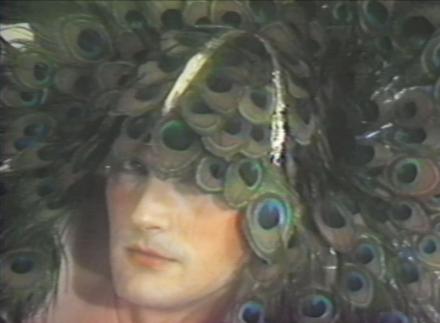 Stephen Varble (1946-1984) staged gender-confounding costume performances on the streets of 1970s Manhattan, and became infamous for his anti-commercial disruptions of galleries, banks, and boutiques. In 1978, he retreated from this public work to focus on the making of an epic, unfinished piece of video art, Journey to the Sun, until his death in the first days of 1984. Lush, ribald, and unorthodox, the video mixed non-narrative costume performances with a surrealist fable of a messianic martyr, the Warbler. Far ahead of its time, the complex video draws on the legacies of Jack Smith, of whom Varble was an acolyte, and centers on Varble’s identification with the equally reclusive actress Greta Garbo. Performing with a group of collaborators in his Upper West Side apartment, Varble combined improvisation with an operatic tale of the Warbler's self-discovery through trials and tribulations. This autobiographical fable absorbs many of his previous performance characters and their costumes made from found objects and street trash, as well as his drawings, that cover the walls of this apartment-turned-installation.

This compilation combines the unfinished Journey to the Sun (1978-83) and Lady Hercules, A Prelude to ‘Journey to the Sun’ (1982-83), with contextualizing documentation of a 2018 screening of the work in Chicago, presented by author and curator David J. Getsy 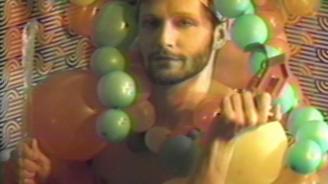 Stephen Varble (1946-1984) staged gender-confounding costume performances on the streets of 1970s Manhattan, and he became infamous for his anti-commercial disruptions of galleries, banks, and…

Journey to the Sun 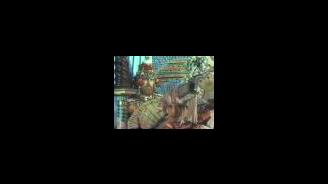 Stephen Varble began Journey to the Sun as a series of performances with projected slides in 1978. After becoming notorious for unauthorized costume performances on Soho streets in the mid 1970s,…

Lady Hercules, a Prelude to ‘Journey to the Sun’ 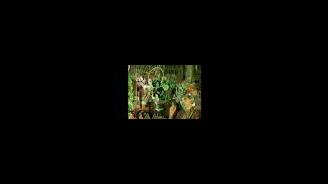 The performance artist Stephen Varble spent the last five years of his life working on an epic, unfinished performance-turned-video titled Journey to the Sun (1978-1983). Only partially complete and…