“Make Believe, It’s Just like the Truth Clings to It”: In Conversation with the Work of Cecilia Dougherty

Gone is a two-channel installation based on the second episode of An American Family — the landmark PBS verité documentary about the Loud Family of Santa Barbara, California. Dougherty has created a free-form variation on the theme of parental visits to wayward queer children by mapping the dialogue and plot onto a contemporary community of artists and writers in New York today, paying homage to the art underground and the city itself.

“Dougherty tests new limits of digital video technologies in her latest work. Partially a re-staging of one episode from ’70s proto-reality-TV series An American Family, Gone presents elaborate and intricate new possibilities for narrative through the use of double-screen projection, evoking complex themes of nostalgia, history, memory and loss. Pixelated, popping with lush colors, and elaborately sound designed, Gone recombines low fidelity with high concept to create a unique vision of inner and outer life on the margins of culture.”

"Proving Godard's dictum that the best way to critique a film is to make another film, Cecilia Dougherty's double-screen video projection Gone takes as inspiration a key episode from Craig Gilbert's An American Family. Using an all-female cast to re-create the pivotal episode in which mother Loud visits her closeted gay son, the discordant, hauntingly scored, visually impressive Gone counts as one of the most expressive and beautiful uses of video I've seen." 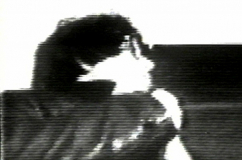 The Drama of the Gifted Child 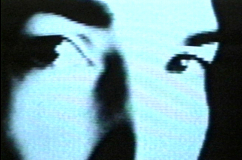 My Failure to Assimilate 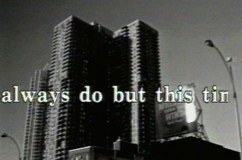 The dream and the waking 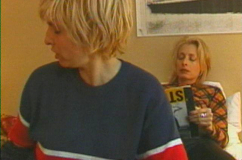 The work of Cecilia Dougherty explores the nature of queer women's relationships to one another, society, and the everyday, as well as a feminist analysis of lesbian sexuality, psychologies, and intimacies inside a culture that is, at best, indifferent and at worst, hostile. She often uses methodologies borrowed from documentary and biography to map contemporary realities over pop-historical icons, creating art that deals with nostalgia, popular culture, and the state of society. Looking to Dougherty’s lasting legacy, we are pleased to present the VDB TV program “Make Believe, It’s Just like the Truth Clings to It”: In Conversation with the Work of Cecilia Dougherty programmed by Amanda Mendelsohn, Graduate Distribution Assistant at the Video Data Bank, and School of the Art Institute of Chicago M.A. candidate in Modern and Contemporary Art History. Exploring the earlier video works of Dougherty, this program deals with issues of identity, queerness, and experimentation. The four titles selected, The Drama of the Gifted Child, My Failure to Assimilate, The dream and the waking, and Gone, range from 1992 to 2001, illuminating a specific time period of Dougherty’s work chosen by the artist herself. Accompanied by an essay in part based on her interview with Dougherty, Amanda explores her relationship to Dougherty’s experimental practice and catalog, as well as how the pieces fit into the broader picture of analysis. 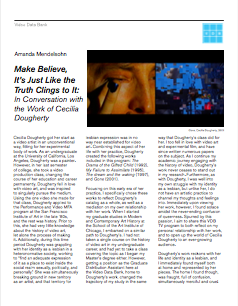