Looking in the Mirror, I See Me — Early Women’s Video Art from the Video Data Bank Collection 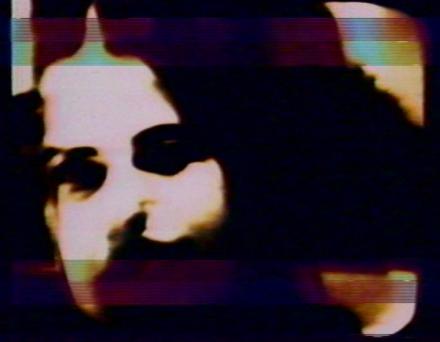 The emergence of video art tools in the late 1960s and early 1970s paved the way for an extraordinary number of outstanding art works by women. Captivated by the relative accessibility, portability and immediacy of Sony’s Video Portapak recording system, a significant number of female artists began to experiment with the video format. Often taking a direct-to-camera approach, many of the resulting works reflect the burgeoning feminist movement in the U.S. at the time.

The videos in this program, all made by women artists active in the 1970s — video’s first decade — occupy a number of positions and points of view in relation to women’s role in society. Several fascinating tendencies can be traced:

• The claiming of one’s own image, occurring at the very same moment that the female body was increasingly co-opted by the commercial world of advertising

• Video being utilized as a means to directly comment on a world where, to a great extent, men called the shots

• Video being used as a tool to disrupt and question notions of originality, ‘truth’ and identity, via feedback, looping and the static shot

• Video as a vehicle for humor and/or parody, whether directly mocking the self or, more often, mocking examples of the machinations of male hierarchies apparent throughout western society 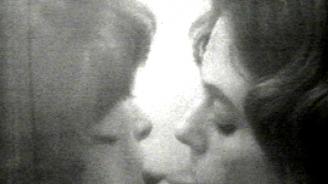 In her oft-cited essay “Video: The Aesthetics of Narcissism,” Rosalind Krauss says, “self-encapsulation — taking the body or psyche as its own surround — is everywhere to be found in the corpus of… 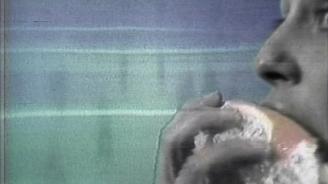 Three basic compositions are played and recombined in Collage: a hockey game; arms swinging across the screen; and a hand holding one, two, then three oranges. As in her other work, Benglis plays…

Looking in the Mirror, I See Me — Early Women’s Video Art from the Video Data Bank Collection

[not found]
Using highly-manipulated and over-processed images, Latham investigates the process of video as inherently fragmented. Weaving together various people’s impressions of the artist and her work, the…

Using highly-manipulated and over-processed images, Latham investigates the process of video as inherently fragmented. Weaving together various people’s impressions of the artist and her work, the…

Learn Where the Meat Comes From 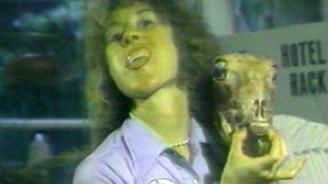 A classic feminist video, Learn Where the Meat Comes From depicts how “gourmet carnivore tastes take on a cannibalistic edge. This parody of a Julia Child cooking lesson collapses the roles of… 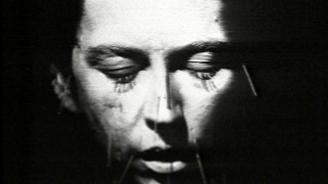 Using performance as a means of personal transformation and catharsis, Mitchell’s Death mourns the death of Montano’s ex-husband. Every detail of her story, from the telephone call announcing the… 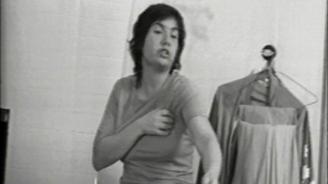 A reverse striptease, non-stop comedic monologue about shopping for clothes, while eating corn nuts. Dressing Up was inspired by the artist’s mother’s penchant for bargain hunting. Mogul produced…