The American Tapes: Tales of Immigration 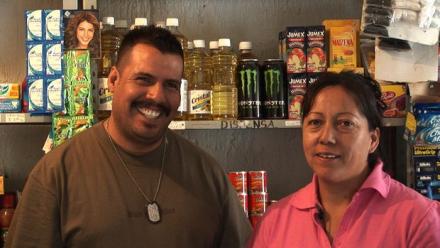 A four-part series that revisits the life and and times of four families last seen as "undocumented" immigrants in the 1986 Mexican Tapes series.

Most people think of immigration as a finite moment; but as a story it really spans several generations and two nations. My production, The American Tapes: Tales of Immigration depicts this broad view by expanding the timeframe of my 1978-1986 work, The Mexican Tapes: A Chronicle of Life Outside the Law. The new work of four one-hour episodes affords an intimate and long-term reflection on the life and times of four extended families from Mexico, during the interval from 1986 to the present, most going from "undocumented" to citizenship status.

The stories of these immigrant families are astounding and debunk stereotypes. One woman, shown working at a McDonald's counter in the previous tape, now owns three income-tax businesses and has become a Jehovah’s Witness. Her agnostic daughter is a Hollywood accountant to the stars. The daughter’s father, an ex-Tijuana gang member who used to cruise in a hopping, metal-flake painted low-rider in 1982, now runs an automotive garage. The Montes family and their five kids lived in a ridiculously cramped 15’ X 15' studio apartment in the '80s. Now the parents and all of their children own separate nearby homes in a southern California neighborhood. The Montes’ also opened a solar-powered hotel in their Mexican hometown in Nayarit last year.

After they returned to Mexico in 1983, I lost contact with one family after dropping them off at the Tijuana bus station. Fortunately, I was able to find them, the only family not staying north. They evidence how the adult lives of the children who played together in the '80’s courtyard have been differently shaped by their national contexts.

Not all the stories are so positive or lives so changed --- one family struggles financially; the wife still cleans for a living much as she did 25 years ago, excepting she is now working at a Native American Casino and the husband, still working as a landscaper, maintains soldiers’ homes on Camp Pendleton Marine Base. They are desperately trying to buy a house with their daughter and her husband. Yet, in spite of particular difficulties, all the families share the traits of strong, interdependent families and a strong work ethic.

The evolving history of the community’s diasporic population adds important new dimensions to the immigration chronicle introduced by the original Mexican Tapes. The myth of the Mexican immigrant kids embedded in a culture of poverty, and the lack of education that challenged their parents as recent immigrants, is not borne out by this group. As reflected in these lives, the much-maligned 1986 federal “amnesty” program has been a success. My new work engages stories of language, religion, racial intermarriage, the fading linkages to their parents’ native origins, and their own children’s relationship to Mexican culture.

The Mexican Tapes depicted the undocumented families not as people in handcuffs or trying to evade the Border Patrol (which they were), but rather, as my neighbors and people who might be anyone’s neighbors. Whereas the parents in The Mexican Tapes struggled, the children have become, in many ways, like me: middle-class citizens, educated, with well-spoken English, and non-menial labor jobs. Hence, the title for the new work: The American Tapes. The collaborative character of the production, working with the families to make the tape, gives the work its strength, singularity, and credible character.

The American Tapes: Part One 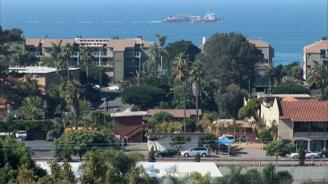 Between job losses, foreclosures, living with family, and the Cande’s constant desire to return to Mexico, Pancha and Cande work through the strains of their marital relationship in San Diego County… 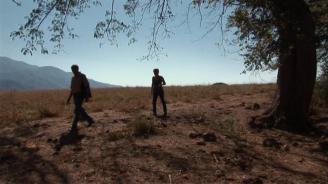 First Ramon, and then Rufina moved to San Diego County in 1980, unable to raise their family as landless sharecroppers in Mexico. Though uneducated, they manage to work as a landscape contractor and… 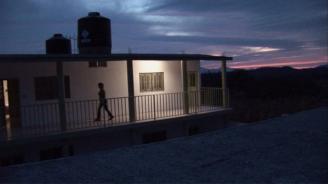 Ramon's attraction to his Mexican hometown has resulted in his building a massive new residence for his family. However, his wife, Rufina and their grown children have no interest in leaving the U.S… 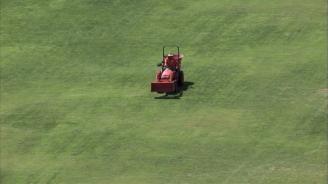